The Gujarat government is conducting a social impact assessment for acquisition of about 33 hectares of land in three villages of Vadodara for the expansion of Indian Oil Corporation’s refinery here. 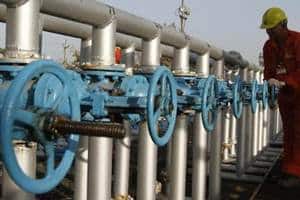 While GAIL had sought the entire estimated cost of Rs 12,940 crore to lay the natural pipeline because the PSU was not confident of getting enough anchor customers for the pipeline, the government decided to meet 40% of the project cost as capital grant. (Reuters)

The Gujarat government is conducting a social impact assessment for acquisition of about 33 hectares of land in three villages of Vadodara for the expansion of Indian Oil Corporation’s refinery here.

The state revenue department has issued a notification for a social impact assessment (SIA) for acquisition of about 33 hectares land in three villages of Vadodara by the state government.

According to the notification issued on June 21 under Land Acquisition, Rehabilitation and Resettlement Act-2013, state government intends to acquire the 33 hectares of land in Koyali, Karachiya and Bajva villages for the ‘public purpose’.

The main objective of the impact assessment study is to hold discussion and deliberation of land owners with local bodies at gram sabha, municipality level.

“Ahmedabad-based KRG India Research Centre for Rainwater, Harvesting & Environment has been appointed as the social impact assessment team to conduct the study and prepare a social impact management plan under the Act.

The deadline for completion of the study is of six months from the date of publication of the notification,” it said.

“The process of land acquisition for the proposed capacity expansion project has started after issuance of the notification by the state government,” a senior Gujarat Refinery official told PTI today.

“We will buy the land at market rates and the process will be faster. Earlier, we had approached the government for 80 acres land for the project,” the official added.

The expansion will lead to improved distillate yield, thereby enabling production of more value added products from the refinery, he said.

Located in Koyali village on the city outskirts, the refinery is spread across 1,950 acres, which includes its Asoj and Dumad terminal operations.