As many as 17 fire tenders immediately reached the spot to douse the flames and rescued those stuck in the facility. No casualty has been reported so far. 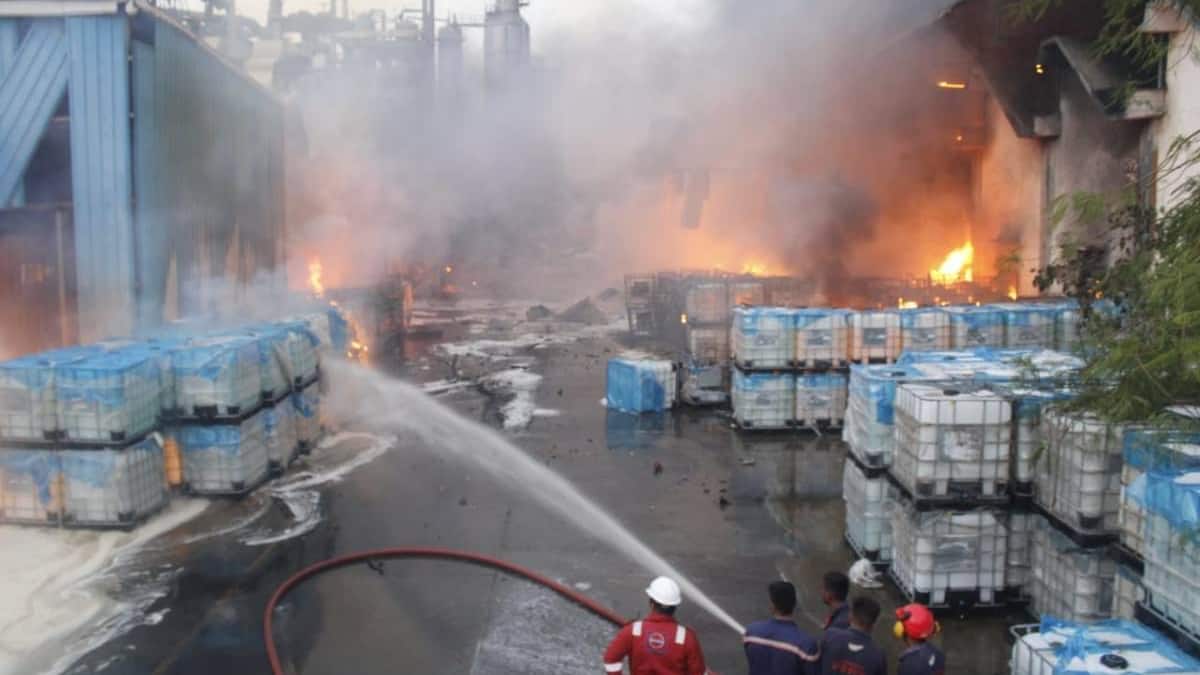 A portion of a chemical manufacturing facility in the outskirts of Vadodara city in Gujarat was engulfed by a major fire on Thursday evening. Seven workers have been hospitalised after inhaling smoke while around 700 people living in the vicinity of the factory have been shifted to safer places.

The district collector said the cause of fire at Deepak Nitrite’s chemical manufacturing facility, which is located in Nandesari industrial area on the outskirts of Vadodara, was not known as yet.

As many as 17 fire tenders immediately reached the spot to douse the flames and rescued those stuck in the facility. No casualty has been reported so far.

According to fire officials, as many as 17 fire tenders, including from the GSFC fire station, were rushed to the spot along with the Quick Response Centre from Jarod to bring the fire under control, which has engulfed a major part of the premises.

Parth Brahmabhatt, Chief Fire Officer, Vadodara Fire and Emergency Services (VFES) of Vadodara Municipal Corporation, said, “We have brought 80 % of fire under control. We have 17 fire tenders in the operation. It might take an entire night to clear the impact areas. We are expecting to completely douse the fire and sanitise the floors of the plant by tomorrow morning. We are not able to confirm any casualty or how the fire started at this point.”

Brahmabhatt added that the fire has been classified as a “major call” and persons in the vicinity of the factory are advised to stay at a safe distance as the factory has a “large amount of inflammable chemical”.