AAP’s promise of good schools, which is already demonstrated, is no more an abstract idea and could attract people cutting across Gujarat’s social strata. 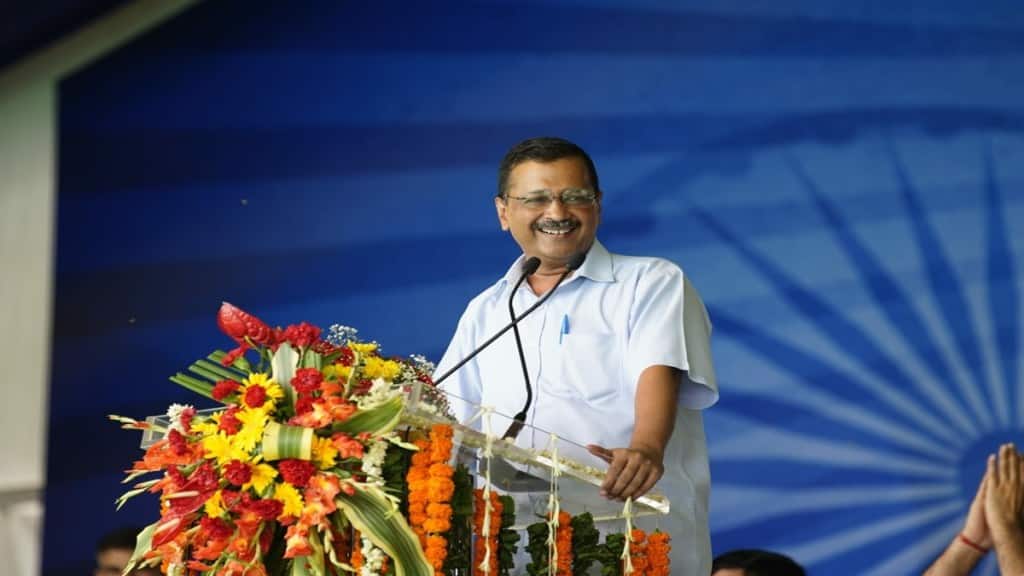 With Gujarat polls scheduled for later this year, the stakes are high for the Bharatiya Janata Party (BJP) which has been politically dominant in the state for over two decades now. The entry of a rising Aam Aadmi Party, however, threatens to change the political equations in Prime Minister Narendra Modi and Home Minister Amit Shah’s home state. Arvind Kejriwal’s promise of several welfare schemes in Gujarat has led to veiled reactions from several BJP leaders, with PM Modi leading the charge.

But is AAP’s promise of welfare measures or ‘freebies’ enough to make it a viable alternative? Financial Express Online spoke to Gujarat watcher and political analyst Ghanshyam Shah to understand if AAP has enough to storm the lion’s den in this high-stakes battle. And, more importantly, can AAP’s promises resonate in a BJP bastion?

-Can AAP emerge as an alternative in Gujarat?

Gujarat needs an alternative party. But, at the same time, AAP is not the alternative wholly. But, for the time being, the kind of monopoly the BJP enjoys, it needs a jolt. If AAP can give the jolt, that will affect Indian politics because there is a threat, particularly to Prime Minister Narendra Modi. On that count, AAP can be an alternative party in the state.

-What are the main issues for the Gujarat electorate?

There are a host of issues that are faced by people which include- inflation, unemployment, agrarian distress, electricity bills, exorbitant private schools fees, among others. Across all social strata, there is significant dissatisfaction. Even the Patidars, if one sees, at least 30 per cent of Patidars are dissatisfied with the BJP…In the urban as well as the rural areas, employment is available, but in the informal sector. In the formal sector, employment is below expectations. This is coupled with insecurity and dissatisfaction.

Further, one has to accept that kind of education or schools in Delhi are demonstratively better than Gujarat. The lower middle class and the poor out of desperation send their children to private schools because the standard of government school is not at par with its private counterparts. Due to COVID-19, the condition of the poor has worsened and there is a reversal now. The families are now sending children back to government schools, and this is not by choice, but because they cannot afford to pay the fees in private schools.

The AAP’s promise of good schools, which is already demonstrated, and thereby is no more an abstract idea, might attract people across all social stratas.

Given AAP’s push on welfare measures only, will the caste factor take a backseat in this election?

I think so, because religion, which is a major part of Hindutva, has already taken a backseat, occasionally being an issue, particularly in Gujarat. All political parties, be it the Congress or AAP follow more or less the same line. Unfortunately, now in India, this seems to be the reality in mainstream politics. Nobody will talk about any brand of secularism of Hinduism. In Gujarat, there is no en bloc caste-based voting. From 1960 onwards, in more than one constituency, candidates belong to the same caste. They get divided. Caste sentiments, for instance, when (former Gujarat CM) Keshubhai Patel was removed, despite that, Patidars en bloc did not vote for Keshubhai’s Gujarat Parivartan Party. That party only got two seats and only three per cent of the votes.

At the same time, 20-30 per cent of the Patidars are never voting for the BJP. I am not saying the same people, but one can see there is no en bloc voting at all. What is true of Patidars is true of all castes -OBCs, SCs and others.

-What about Dalits and OBCs mobilisation?

As far as Dalits are concerned, the majority of Dalits won’t vote for the BJP. They would either side with the Congress or with Independents. However, with AAP entering the scene, there can be split voting between AAP, Congress and the Independents.

-With markets being down, coupled with rupee hitting all-time low, and GST, what do you think are the sentiments of the business community of Gujarat?

The industrial community will vote for the BJP. However, the small businesses, which include small traders, retailers, have an issue with the GST. Further, the buying capacity of the people is also declining, so services are affected. The AAP is already addressing meetings and trying to win over these issues. But, there are still areas to ponder, as in 2017, particularly in Surat, one thought the GST would be an issue, but the allegiance of the people stayed with the BJP. So, it is unclear.