Gujarat Elections 2022: Full list of AAP candidates and their constituencies 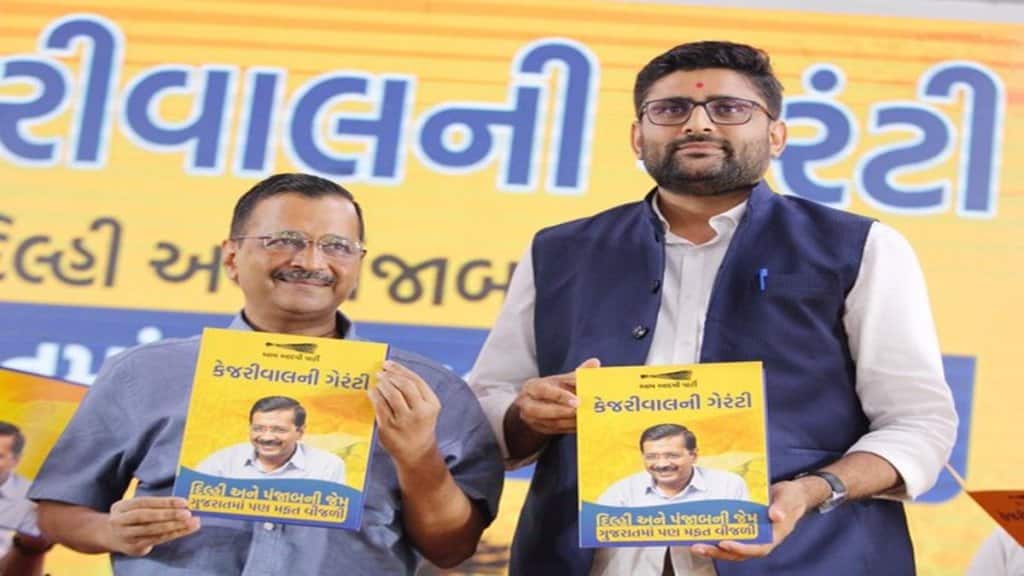 AAP Gujarat Polls List of Candidates: The Aam Aadmi Party (AAP) on September 7 released its third list of candidates for the upcoming Gujarat elections 2022. The Arvind Kejriwal-led AAP had on August 18 announced the second list which carried nine names, while the first list released on August 2 had named 10 candidates for the polls to the 182-member Gujarat Assembly. The latest list contains the names of 10 candidates, taking the tally of candidates announced so far to 29. Elections is the state are slated to be held in December this year in the BJP-ruled state. A formal announcement Election Commission of India regarding the full schedule of the elections is expected in October-November.

Also Read: FE Exclusive| AAP the only alternative in Gujarat, people have made up their mind: Gopal Italia

Gujarat, which has historically witnessed a bipolar battle between the Congress and the BJP is witnessing a new challenge in the form of the Aam Aadmi Party. Having stormed to power in Punjab, winning 92 of the 117 seats, AAP has now set sight on Gujarat, the home state of Prime Minister Narendra Modi and Union Home minister Amit Shah. Delhi Chief Minister Arvind Kejriwal has been aggressively campaigning in the state, making five visits to the state in the month of August, and a two-day visit in September, promising a host of sops, including free power, education and healthcare.

Also Read
More Indians own property in London than the English; here’s why Indians buy property in UK
Bengaluru Rains Live Updates: Drinking water restored in few parts — Can Bengaluru breathe a sigh of relief yet?
EXCLUSIVE | By quitting Congress, Ghulam Nabi Azad has shot himself in the foot: Digvijaya Singh
Mission 2024: At key BJP meet, new target and a new mantra for Modi ministers

The third list released on September 7 includes a leader from the fishermen community, a surgeon, a retired mamlatdar (or a revenue officer of a taluka), a chartered accountant, among others. Gujarat AAP president Gopal Italia announced the third list today.

Gujarat elections 2022: Here is the full list of AAP candidates and their constituencies announced so far:

Among the prominent leaders in the list are Jeevan Jungi who is a fishermen community leader, former Congress spokesperson and businessman Kailash Gadhvi, who was with the Congress for two decades and is now AAP’s treasurer in Gujarat. Ramesh Patel, another prominent name on the latest list is an orthopaedic surgeon, while Lalesh Thakkar is a social worker. Praful Vasava, who had led the Kevadia Bachao Andolan, has been fielded from Nandod.

Among the prominent candidates in the earlier two lists released so far are Gujarat party vice president Bhemabhai Choudhary from the Deodar Assembly seat, Koli community leader from Surat, Prakash Contractor, for Choryasi, prominent community leader Vikram Sorani from Vankaner seat in Morbi have been given tickets. Retired deputy superintendent of police J J Mewada, the AAP’s prominent Dalit face, has been given the ticket from Asarva seat in Ahmedabad, and former deputy mayor of Jamnagar and businessman Karsanbhai Karmur has been nominated for Jamnagar-North seat.