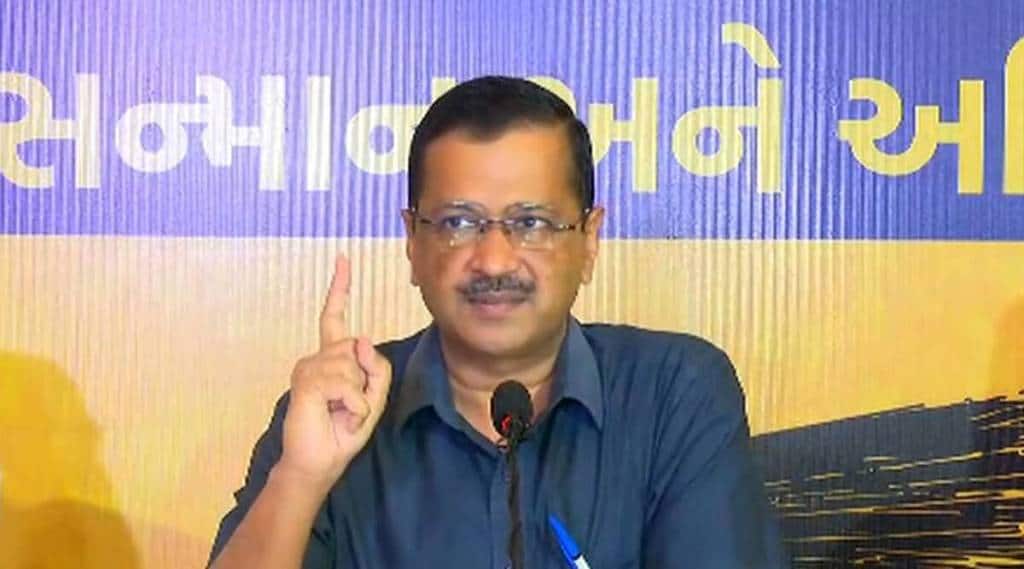 Aam Aadmi Party national convener Arvind Kejriwal will visit Gujarat on Wednesday and announce another “guarantee” to people of the state where elections are due later this year, a senior AAP leader said. The Delhi chief minister will hold a town hall meet in Ahmedabad during his day-long visit, AAP’s national joint general secretary Isudan Gadhvi told reporters on Tuesday.

The new ‘guarantee’ will be for the benefit of “2.5 crore people” of Gujarat to be announced ahead of Rakshabandhan (to be celebrated on Thursday), Gadhvi said but did not elaborate further. Kejriwal was in Gujarat over the last weekend and has been frequently touring various districts as part of a strategy to position his party as a contender for power in the state where the ruling BJP and the opposition Congress have been the dominant political forces.

“People are very much enthusiastic about the guarantee of free electricity announced by Kejriwal (during earlier visit). Even BJP workers are excited about this and are asking why the BJP government did not provide them (people of Gujarat) such a relief,” Gadhvi said. He claimed the BJP has become scared of such guarantees and therefore moved the Supreme Court against relief measures, referring to a petition filed in the SC on pre-poll announcements by political parties.

The AAP chief had visited Jamnagar and Bodeli in Chhota Udepur during his two-day tour last Saturday and Sunday. Kejriwal on Sunday announced guarantees for the tribals of Gujarat, which included implementation of the Panchayat (Extension to Scheduled Areas) (PESA) Act that gives special powers to gram sabhas (village councils) especially in management of natural resources. He has also guaranteed jobs to the unemployed youth and Rs 3,000 per month allowance until they get a job.

The Delhi CM has promised to involve the trading community in the decision-making process of the government and end ‘raid raj.’ In an announcement made in Surat last month, Kejriwal said his party will provide free electricity up to 300 units per month to the people of Gujarat if voted to power in the state. This sop is already being provided to the people of Delhi and Punjab, both ruled by the AAP.