Introducing the CVIGIL app, CEC Kumar said that it is a one-stop destination to record, report any type of fake news, election malpractices and freebies in the form of cash and alcohol. 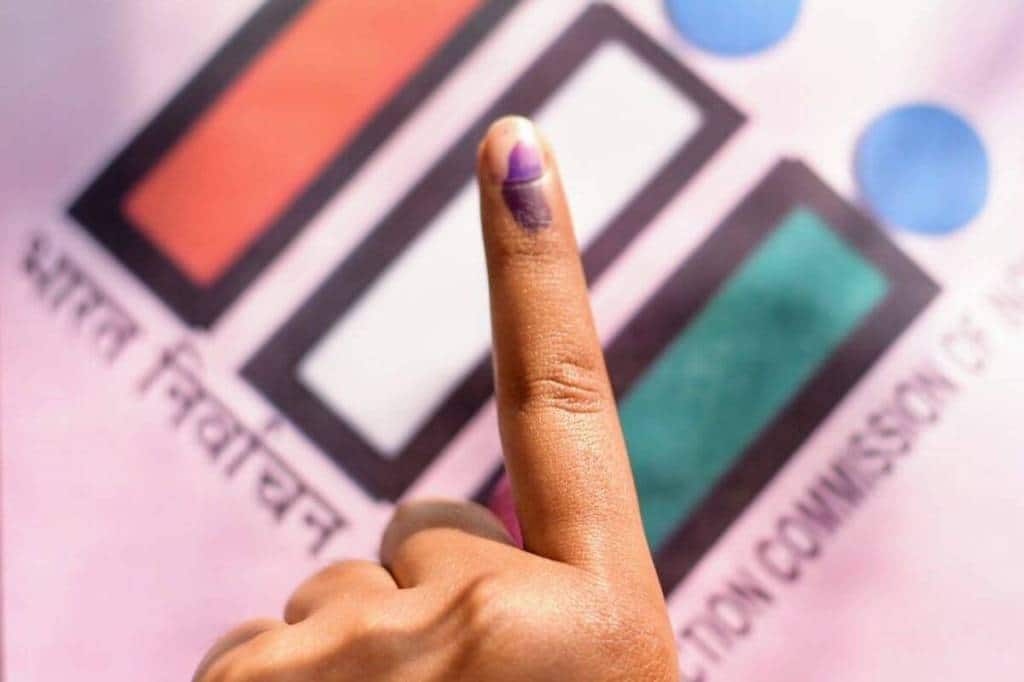 EC's big declarations ahead of the Gujarat Assembly elections.

From booths fully managed by women and divyangs to reporting bribes being offered to the public before polling, Chief Election Commissioner (CEC) Rajiv Kumar on Tuesday announced sweeping measures for the upcoming Gujarat assembly elections, the dates of which are yet to be announced.

Also Read: Was asked by high command at night to step down as Gujarat CM next morning: Vijay Rupani

Here are some of the big measures announced by the EC ahead of the Gujarat Assembly Elections:

1. Out of 51,782 polling stations in the state, the chief electoral body has identified 50% booths, which lie in sensitive and critical areas. In these booths, a live feed via webcasting will be generated throughout the day in order to avoid any malpractices. Should there be any incident, CEC Rajiv Kumar said that a team of security personnel will be dispatched at the earliest.

“We are taking very strong action in ensuring transparency in booths. These polling stations are identified as sensitive and critical booths,” Kumar told news agency PTI.

Also Read
Gujarat elections: BJP banks on division of votes to break Danilimda jinx
Congress hat-trick on cards? Opposition banks on OBC anger to outshine BJP in north Gujarat
The right credentials: Why Assam CM Himanta Sarma has emerged as BJP’s poster boy for election campaigns
‘Those who looted poor are now hurling abuses at me’: PM Modi in Banaskantha

3. The EC has introduced Assured Minimum Facility in all the booths, keeping in mind the needs of senior citizens and divyangs. CEC Kumar pointed out that all polling booths will be on the ground floor, and there will be ramps in place for divyangs. He further added that there will be drinking water facilities and washroom facilities also available.

5. Stating that more than 10 lakh voters are above the age of 80, and nearly 12,000 are more than 100, Kumar said that special facilities including voting from home has been arranged for senior citizens as well as for persons with disabilities (PWDs). “We are trying to connect more and more people through technology. Not only technological changes, but we are also trying to provide the best of services and comfort and ease to voters,” he told PTI. He said that the whole process of voting from homes will be videographed by booth-level officers (BLO). Kumar added that even poll agents and candidates could accompany the BLOs in a bid to ensure transparency. For divyangs with 40 percent disability, a similar arrangement has been made to exercise their votes via postal ballots. Such sessions can be booked in advance using the PWD app, said Kumar.

6. The CEC also talked about how technology can be used as an intervention to ensure fair and corruption-free elections. Introducing the CVIGIL app, CEC Kumar said that it is a one-stop destination to record, report any type of fake news, election malpractices and freebies in the form of cash and alcohol. He said that the app will record the complainant’s GIS location and a party will be dispatched within 10 minutes after receiving the complaint. The resolution mechanism takes nearly 100 mins after which, the complainant knows the status. In the entire process, the identity of the complainant will be kept secret for their safety.

7. Special provisions and care will be taken for third genders, said CEC Kumar. There are 1,291 voters belonging to the third gender community in Gujarat this time around.

The 2017 Gujarat Assembly elections to 182 seats were held in two phases on December 9 and 14. The results were declared on December 18. The BJP won by a simple majority winning 99 seats, while the Congress stood second after winning 77 seats.