After coming out of the polling station in Ahmedabad, PM Modi showed his inked finger to the crowd gathered to welcome him. 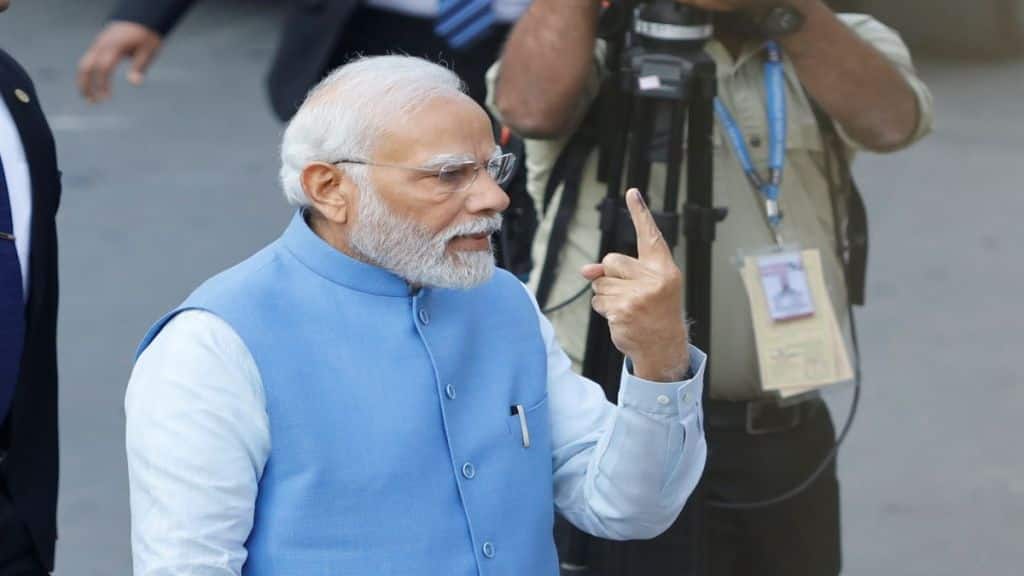 Gujarat Assembly Election 2022: Prime Minister Narendra Modi on Monday cast his vote in the ongoing second phase of Gujarat Assembly Elections 2022. Polling in the state is underway since 8 am for elections in 93 constituencies across 14 districts in the central and north regions. The polling will conclude at around 5 pm. PM Modi, who is a registered voter of the Sabarmati constituency, reached the polling station set up at Nishan Public School in Ranip to cast his vote.

After coming out of the polling station, the PM showed his inked finger to the crowd gathered to welcome him and then congratulated the Election Commission for election arrangements. “The festival of democracy has been celebrated with great pomp by the people of Gujarat, Himachal Pradesh and Delhi. I want to thank the people of the country. I also want to congratulate the Election Commission for conducting elections peacefully,” the PM said.

According to news agency PTI, the PM then walked to his elder brother Soma Modi’s house located near the polling station.

Shortly before heading to vote, PM Modi urged people to turn up for exercising their franchise and vote in large numbers. “Urging all those who are voting in Phase 2 of the Gujarat elections, particularly the young voters and women voters to vote in large numbers,” he tweeted. The average voter turnout in the previous phase of the polls was recorded at 63.31% and the turnout so far has been recorded at 4.75%. Key constituencies in the second phase of Gujarat elections include Ghatlodia, from where incumbent Chief Minister Bhupendra Patel is contesting, Viramgam, Vadgam, Jetpur, Vaghodia, among others. An average voter turnout of 4.75 per cent was recorded till 9 am, news agency ANI reported.

The counting of votes for the total 182 Assembly seats will be taken up on December 8.