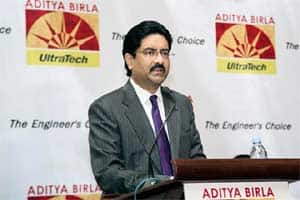 ABFRL's total income from operations stood at Rs 1,415.12 crore during the quarter under review, up 8.28 per cent as against net sales of Rs 1,306.86 crore in the same quarter of previous fiscal (Reuters)

The company had clocked a net profit of Rs 334 crore in the year-ago period, it said in a BSE filing.

Total consolidated income of the company stood at Rs 9,044 crore in the October-December quarter this fiscal against Rs 8,035 crore during the same quarter in 2014-15.

Aditya Birla Chemicals (India) Ltd has been amalgamated with the company on January 4, 2016 from the appointed date of April 1, 2015.

Consequently, the firm said effect to the amalgamation of ABCIL has been given in results of current quarter and nine months ended December 31, 2015, as applicable.

Therefore, the results for the quarter and nine months ended December 31, 2015 are not comparable with corresponding period(s) of previous year.

Total expenses of the firm were higher at Rs 7,811 crore from Rs 7,215 crore during the quarter under review.
Grasim Industries in engaged in manufacturing Chemicals, Viscose Staple Fibre (VSF) — used in apparels — and cement.

“All of Grasim’s Businesses have posted encouraging results during the quarter. Investments made by the company on capacity expansions and acquisitions are yielding results…,” the firm said.

On outlook, the firm said VSF prices have seen some correction globally during the quarter due to lower demand on account of end of season. This may have an impact on margins in the near term.

The firm will continue to focus on expanding its domestic market through product development activities, working closely with brands, designers and retailers.

Caustic soda demand in India is expected to grow with increase in demand from the end user industry. Being the largest player in the industry, the company will gain from the rise in demand.

In cement, the demand is expected to pick up in the near term with the government’s focus on infrastructure development, housing sector, smart cities, roads, among others.

UltraTech Cement, a subsidiary of Grasim Industries, has outperformed, registering a volume growth of 7 per cent as against 4.5 per cent estimated for the industry, the filing said.