Home Minister Amit Shah said that a decision has been taken that every agency should ensure that such incident is not repeated in future during action against extremists. 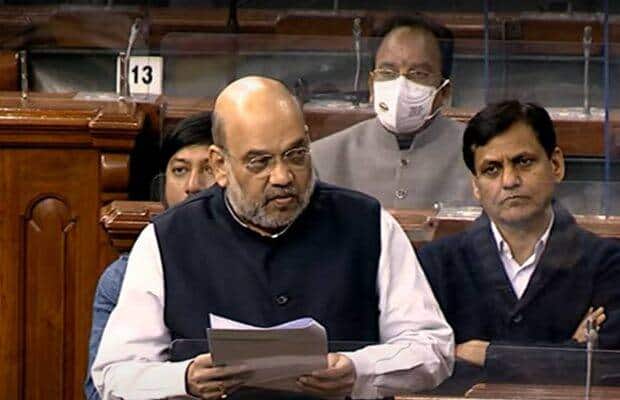 The Home Minister said that an angry mob of around 250 people vandalised the Assam Rifle's operating base in Mon city and set COB's house on fire.

The Central government has expressed grief over the killings of civilians in Nagaland and said that a Special Investigation Team has been formed to probe the issue. Speaking in Lok Sabha and Rajya Sabha today, Home Minister Amit Shah said that the SIT will submit its report within one month. Detailing the sequence of the events, Shah that the army had received information on the movement of extremists in the Oting area of Mon district and based on the input, 21 commandos laid an ambush in the suspected area.

He said that during the operation, a vehicle reached there and the army personnel signalled it to stop but the vehicle tried to flee. “On suspicion of the vehicle carrying extremists, it was fired upon due to this 6 out of the 8 people present in the vehicle died. It was later found to be a case of mistaken identity. Two others who were injured were taken to the nearest health centre by Army,” said Shah.

He added that as the news spread, local villagers surrounded the army unit and set two vehicles on fire as well as attacked them. “As a result, one jawan of the security forces died and many other jawans were injured. Security forces had to resort to firing for self-defence and to disperse the crowd. This caused the death of 7 more civilians and injury to some others,” he said.

The Home Minister added that the local administration and the police tried to bring the situation to normalcy and the current situation is tense but under control. “Nagaland DGP and Police Commissioner visited the site on 5th December. An FIR has been registered in the Tizit police station in the case. Keeping the seriousness of the incident in mind, the probe has been handed over to State Crime Police Department. An SIT has been formed and it has been directed to complete the probe within a month,” said Amit Shah.

The Home Minister said that an angry mob of around 250 people vandalised the Assam Rifle’s operating base in Mon city and set COB’s house on fire. “As a result, to disperse the crowd, the Assam Rifle personnel had to fire due to which one more person died and one more got injured. Additional forces have been deployed in the affected area to avoid any more unfortunate incidents. Army’s three core headquarter has issued a press statement expressing extreme grief on the incident. The Army is probing the deaths on the highest level,” said the home minister.

Shah said that he contacted the Nagaland governor and the chief secretary after receiving the information about the incident and the Additional Secretary in charge of Northeast has been dispatched to Kohima. “He has held talks with Chief Secretary of Nagaland government and other senior officials as well as with senior officials of para-military forces to review the situation in detail and to normalise the situation as soon as possible,” said Shah.

The Home Minister said that a decision has been taken that every agency should ensure that such incident is not repeated in future during action against extremists. He added that the government is monitoring the situation closely and necessary steps are being taken to maintain peace in the area where prohibitory orders are in place as a precautionary measure.

Nagaland CM Neiphiu Rio has today informed that the Centre has given an ex-gratia of Rs 11 lakhs each and the state government has given Rs 5 lakhs each to the families of those deceased.