Sharma told that the company’s payment was due since November last year, and added that they continued to supply oxygen for about nine months. 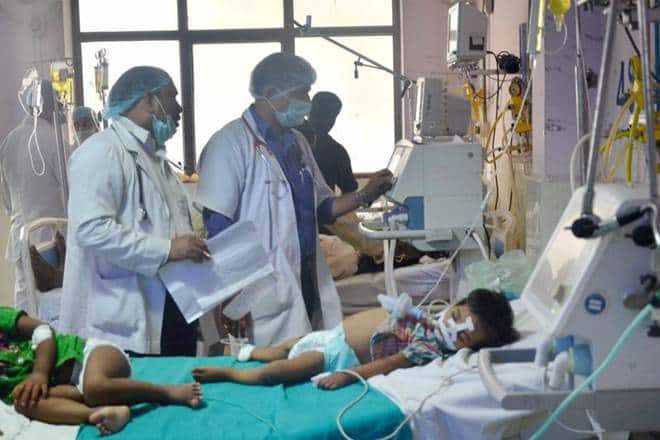 Deepankar Sharma who is the company’s sales manager in Gorakhpur told that the company's payment was due since November last year, and added that they continued to supply oxygen for about nine months. (PTI)

Pushpa Sales Pvt Limited which supplies liquid oxygen to Baba Raghav Das (BRD) Medical College Hospital in Gorakhpur had sent at least seven reminders from February to August this year asking the hospital to clear its pending dues. As per the report by The Indian Express, in the two letters sent to the college principal Rajeev Mishra by the company stated, “The delay in payment is reaching six months… in case of further delay, the entire responsibility would be of BRD Medical.” “We would be unable to continue supply… in case of non-payment of dues… it would not be our responsibility.” The letters were sent by Deepankar Sharma who is the company’s sales manager in Gorakhpur. Sharma was quoted by The Indian Express as saying that the company had also sent a legal notice to the hospital administration on July 31, but there was no response.

Sharma told that the company’s payment was due since November last year, and added that they continued to supply oxygen for about nine months. “As per the agreement, payments should be made within 15 days, and the arrears should never exceed Rs 10 lakh. Our payment was due since November 2016, and only two partial payments were released (in May and June). However, we continued to supply oxygen for about nine months on humanitarian grounds,” he said adding, at last, they did not have enough funds to pay the company from which they sourced oxygen. He also said that the company maintained the supply of oxygen till August 4.

Sharma further said that they continued to send reminders in April, May, June, two in July and August, informing the hospital that it was becoming difficult for them to ensure supply. The total amount due was over Rs 60 lakh. However, after the deaths were reported, on Friday afternoon the hospital administration paid about Rs 20 lakh and now the total pending dues is about Rs 40 lakh according to Pushpa Sales. While it would take another day before proper supply is restored to the hospital, Sharma said.