Who is Kuppali Venkatappa Puttappa? Know all about Indian novelist honoured by Google through doodle

Who is Kuppali Venkatappa Puttappa: His writings and his contribution to “Universal Humanism” (in his own words, “Vishwa maanavataa Vaada”) gives him a unique place in modern Indian literature. 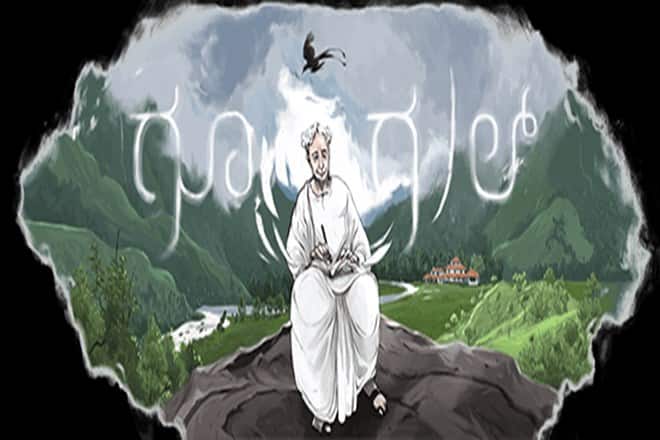 Google Doodles commemorate holidays, events, achievements, and people and 29th December doodle is based on Kannada Novelist Kuppali Venkatappa Puttappa. He was also popularly known by the nickname Kuvempu or by K. V. Puttappa. He was a novelist, poet, playwright, critic and thinker. He is widely regarded as the greatest Kannada Poet of the 20th century. He was the first among Kannada writers to win the prestigious Jnanpith Award.

For his contributions to Kannada Literature, the Government of Karnataka awarded him with the honorific Rashtrakavi (“National Poet”) in 1958 and Karnataka Ratna (“Gem of Karnataka”) in 1992. His epic narrative Sri Ramayana Darshanam, a modern rendering of the Indian Hindu epic Ramayana is regarded as the revival of the era of Mahakavya (“Great Epic poetry”) in contemporary form and charm.

His writings and his contribution to “Universal Humanism” (in his own words, “Vishwa maanavataa Vaada”) gives him a unique place in modern Indian literature. He was conferred the Padma Vibhushan by Government of India in 1988. He penned the Karnataka State Anthem Jaya Bharata Jananiya Tanujate.

Kuvempu was born in Hirekodige near Bommalapura in Koppa Taluk of the Chikmagalur District, Karnataka, on 29 December 1904. He married Hemavathi on 30 April 1937. He was forced to enter marital life on advice of this faculty at Ramakrishna Mission. Kuvempu has two sons, K P Poornachandra Tejaswi, Kokilodaya Chaitra, and two daughters, Indukala and Tharini. The legendary novelist Puttappa died on 11 November 1994.
About Google Doodle: The first Google Doodle honored the Burning Man festival in 1998 and was designed by Larry Page and Sergey Brin to notify users of their absence in case the servers crashed. Subsequent Google Doodles were designed by an outside contractor until 2000, when Page and Brin asked public relations officer Dennis Hwang to design a logo for Bastille Day. Since then, a team of employees called Doodlers have organized and published the Doodles.