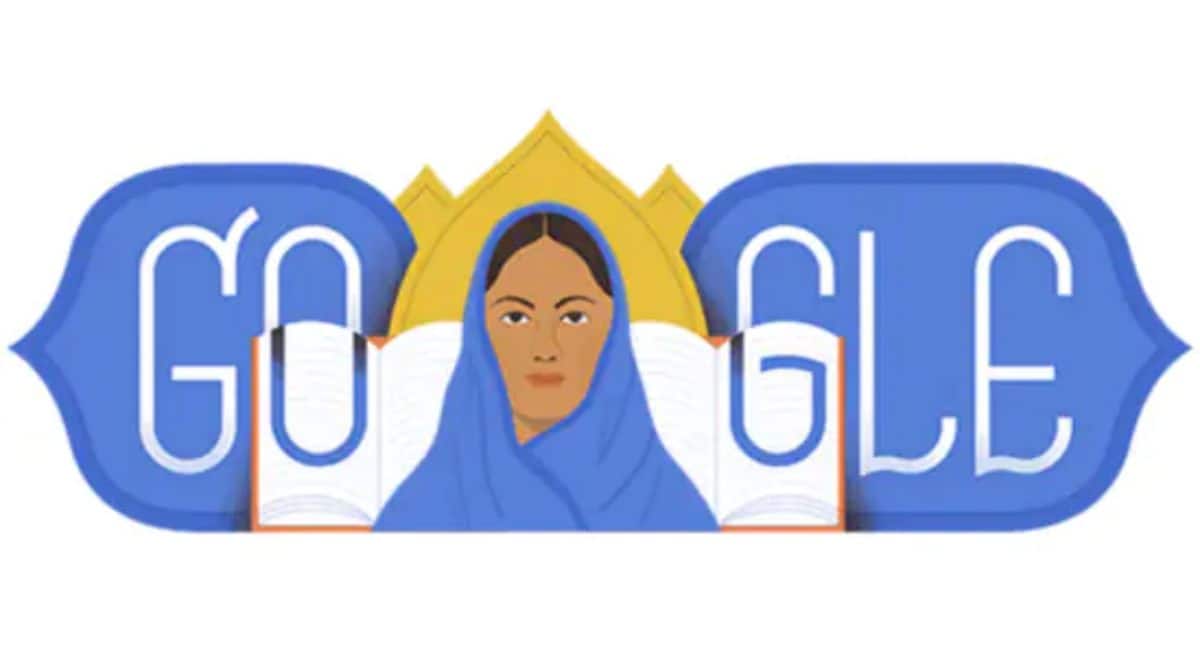 Sheikh was a champion of the ‘Satyashodhak Samaj’

Google Doodle: Google celebrated the 191st birthday of Fatima Sheikh educator and feminist icon on January 9 with a special doodle depicting the iron lady. Colleague of the social reformers Jyotiba Phule and Savitribai Phule, Fatima Sheikh was the sister of Mian Usman Sheikh, in whose house Jyotiba and Savitribai Phule took up residence. Together they founded the indigenous Library in 1848, India’s first school for girls.

“She lived with her brother Usman, and the siblings opened their home to the Phules after the couple was evicted for attempting to educate people in lower castes.”, the doodle said. Fatima Sheikh and Savitribhai Phule taught communities of marginalized Muslim and Dalit women and children who were denied education based on gender, class or religion.

She was so committed to the cause of education for all and equality that she visited door-to-door to invite the downtrodden in her community to learn at the indigenous library. In the process she also received much resistance from the dominant sections and faced humiliation but nothing could change her indomitable will.

Sheikh was a champion of the ‘Satyashodhak Samaj’ (Truthseekers’ Society). The Indian government recognised her social work again by featuring her profile in Urdu textbooks alongside other trailblazing educators.