NISAR will be the world’s most expensive imaging satellite and the launch is expected in the year 2020 from India. The radar will have the capability to penetrate clouds and operate day and night, which will enable reliable and continuous monitoring at all times. 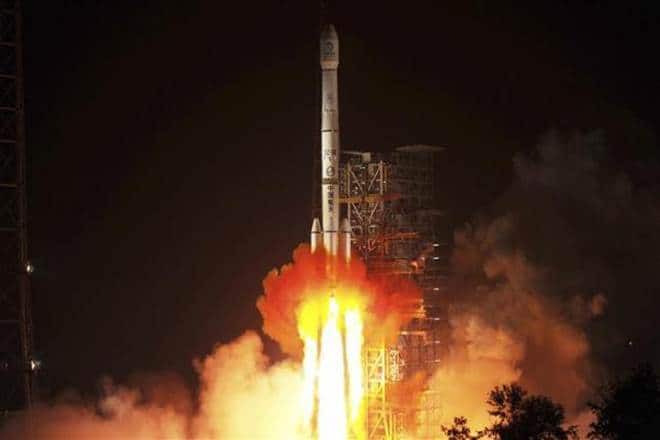 India to get world’s most expensive imaging satellite NISAR to prevent landslide disasters. (Reuters)On August 13, around 46 people lost their lives in massive landslides in Mandi district of Himachal Pradesh. Similarly, thousands of people were stranded after a landslide near Vishnuprayag on the Badrinath route on May 9. These calamities could have been avoided only if the Indian Space Research Organisation (ISRO) had been able to develop a satellite-based early warning system (EWS). Through this technology, India would have been able to predict rainfall-triggered landslides. But things are changing and some good news is in the offing.

The Indo-US joint satellite project Nasa-Isro Synthetic Aperture Radar (NISAR ) is expected to make things better. Director of Ahmedabad-based Space Applications Centre, Tapan Misra, told TOI that once the satellite is launched, it will help India to accurately map the movement of the earth before a landslide.

The report added, NISAR will make global calculations of the causes and consequences of land surface changes for integration into earth system models. According to TOI report, it will be the world’s most expensive imaging satellite and the launch is expected in the year 2020 from India and will provide a means to measure and clarify processes ranging from ecosystem disturbances to ice sheet collapse and natural hazards, including earthquakes, tsunamis, volcanoes and landslides.

Notably, NISAR will get radar images of surface change globally. The radar will have the capability to penetrate clouds and operate day and night, which will enable reliable and continuous monitoring at all times. Detailed observations will allow Isro and Nasa better manage resources and prepare for and cope with natural hazards and global change.

According to a Geological Survey of India study, 12.6 percent of India’s landmass falls under the landslide-prone hazardous zone. Moreover, 8 percent of global landslide casualties are reported from India. The study said,”Out of the total land area prone to landslide, 0.18 million sq km fall in the northeast Himalayas, including Darjeeling and Sikkim. About 0.14 million sq km fall in the northwest Himalayas in states like Uttarakhand, Himachal and J&K.”