A girl was allegedly raped in a car in New Delhi. 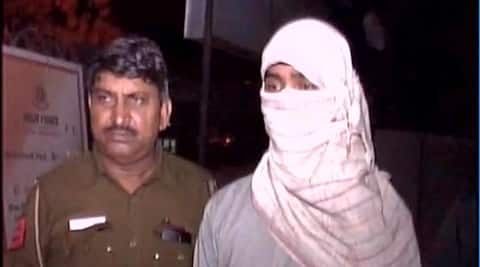 A girl was allegedly raped in a car in New Delhi. (ANI)

A shocking news has come to the fore! A girl was allegedly raped in a car in New Delhi. The incident brought back memories of horrific December 16 Nirbhaya gangrape incident that shook the world. According to report, the incident happened in south Delhi’s Moti Bagh. It has been learned that the vehicle was seized and it was bearing Ministry of Home Affairs sticker. The victim hailed from Noida had come to Delhi looking for a job and while she was waiting for a bus near AIIMS, the accused offered her a lift last evening, police said. The accused stopped the car in Moti Bagh and allegedly sexually assaulted her. She managed to escape from there and informed the police. The accused was arrested last night. He was driving a car that had a Home Ministry sticker but police said that he is not a government employee.

Chairperson of the Delhi Commission of Women (DCW) Swati Maliwal, Thursday wrote to Prime Minister Narendra Modi about the increasing number of crimes against women in the national capital. Highlighting the plight of women in Delhi, the letter states, “Minors as young as three-year-olds are being raped in Delhi and the crimes against women are increasing day by day. Every day, over six ‘Nirbhayas’ are being created in Delhi and the city has come to be known as the rape capital of the world.”

Quoting data provided by the Delhi Police, Maliwal wrote: “During 2012 to 2014, of the 31,446 FIRs registered on crimes against women, convictions were achieved only in 146 cases. Thus there is absolutely no fear of law in the mind of criminals in Delhi and a major reason for this is the fact that there are hardly any convictions.”

Earlier, a 13-year-old girl has alleged that she was gangraped by her two friends, including a juvenile, after she went to one of their homes at west Delhi’s Uttam Nagar area on Tuesday. Deputy Commissioner of Police (west) Vijay Kumar said one of the accused, a 17-year-old boy was apprehended, while the 18-year-old boy, identified as Sahil, was arrested late on Tuesday evening.