In the video being shared on social media, Rabri Devi, who was accompanied by her son Tej Pratap, was seen angrily rebuking the party workers and asking them to make way for the CBI officials. 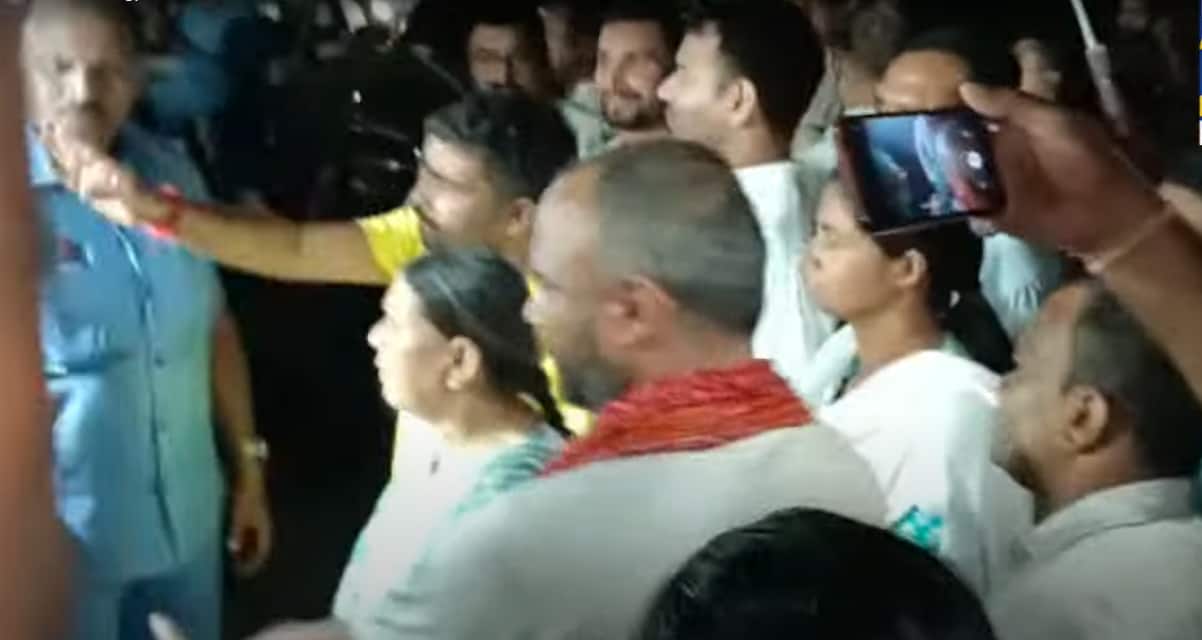 The CBI had grilled Rabri Devi for 12 hours. (Screengrab from Twitter)

Thrashing and scolding her party men for protesting against the CBI raid, Rabri Devi, former Bihar Chief minister and wife of Rashtriya Janata Dal’s (RJD) national president Lalu Prasad Yadav, ensured the safe passage of the CBI officials on their way out of the Yadavs’ Patna residence on Friday.

Dramatic visuals of Rabri Devi slapping and shouting at the protesting workers while asking them to let the CBI officials leave started doing the rounds on social media late Friday evening. While the police were unable to drive the sea of protesters away as they were blocking the CBI officials’ exit, Rabri Devi came to the CBI’s rescue.

In the video being shared on social media, Rabri Devi, who was accompanied by her son Tej Pratap, was seen angrily rebuking the party workers and asking them to make way for the CBI officials.

A CBI team had raided the Yadavs’ Patna residence on Friday morning in connection with a fresh corruption charge levelled by the central agency. Lalu, Rabri Devi and their two daughters Misa Bharti and Hema were among the 17 named in the CBI FIR in relation to a case of grabbing land in exchange for work during Lalu’s tenure as the Chief Minister between 2004-09.

The CBI had grilled Rabri Devi for 12 hours as many RJD workers protesting the CBI raid gathered around the residence amid heavy deployment of police force. Meanwhile the party accused the central agency of “misbehaviour” and using “unparliamentary language” while interrogating Rabri Devi.

Soon after the raid was completed, RJP state spokesperson Chitaranjan Gagan hit out at BJP and alleged that the raids were BJP-sponsored. “After finding nothing incriminating, the CBI officials took recourse to misbehaviour (badsuluki) and used unparliamentary words (asansadeey shabd) against Rabri Devi”, Gagan said in an official party statement.

“We reiterate that the latest CBI case and the raids conducted across the country in connection with the same are sponsored by BJP which rules the Centre”, he further alleged.