He was very closely associated with Indira Gandhi during Operation Blue Star and as a minister, oversaw the reconstruction of the Golden Temple in Punjab’s Amritsar following the Army operation. 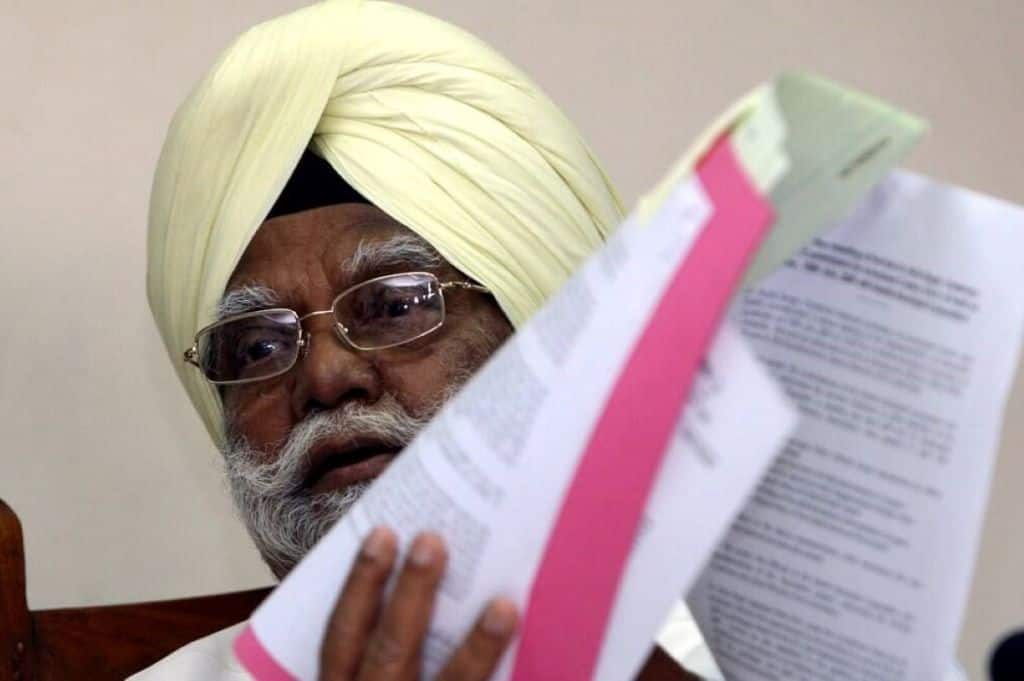 Singh was an eight-time former MP and also served as the governor of Bihar. (File image: IE)

Former Union home minister Buta Singh, who remained in public service for a long time and served under four prime ministers, died at the AIIMS here on Saturday morning. He was 86.

The senior Congress leader was in a coma since October last year, when he was admitted to the All India Institute of Medical Sciences (AIIMS) after he suffered a brain hemorrhage.

His family said Singh died around 7.10 am.

He will be cremated at the Lodhi Road crematorium here later in the day.

Singh was an eight-time former MP and also served as the governor of Bihar.

“In the passing of Shri Buta Singh, the country has lost one of the longest serving parliamentarians with rich administrative experience. He championed the cause of the oppressed and marginalized. Condolences to his family and supporters,” Kovind said in a tweet.

“Saddened to learn about the passing away of Shri Buta Singh Ji. He was an able administrator & parliamentarian. My heartfelt condolences to bereaved family members. Om Shanti!” Naidu wrote on Twitter.

“Shri Buta Singh Ji was an experienced administrator and effective voice for the welfare of the poor as well as downtrodden. Saddened by his passing away. My condolences to his family and supporters,” the prime minister wrote on the microblogging website.

Congress leader Rahul Gandhi said Singh devoted all his life in the service of the country.

“In the demise of Sardar Buta Singh Ji, the country has lost a true public servant and a loyal leader. He devoted his entire life in the service of the country and the well-being of people, for which he will always be remembered. My condolences to his family members during this difficult time,” the former Congress chief said in a tweet in Hindi.

Born in Punjab’s Jalandhar district on March 21, 1934, Singh was an eight-time former Lok Sabha MP. He represented the Jalore constituency in Rajasthan and was first elected to the Lower House of Parliament in 1962.

Singh was earlier associated with the Shiromani Akali Dal (SAD), but later joined the Congress in the early 1960s.

A prominent Dalit leader of the grand old party, he was the convenor of the All India Congress Committee’s (AICC) Harijan cell in 1973-74, after which he became the AICC general secretary in 1978.

In 1983, then prime minister Indira Gandhi elevated him as the cabinet minister for parliamentary affairs, sports and works and housing. In 1984, he was made the Union minister for agriculture and rural development and in 1986, the Union home minister in the Rajiv Gandhi cabinet.

Under PV Narasimha Rao, Singh was the Union minister of civil supplies, consumer affairs and public distribution from 1995 to 1996.

He was appointed the chairman of the National Commission for Scheduled Castes (NCSC) by Manmohan Singh in 2007. He held that post till 2010.

Singh was instrumental in building and re-building many gurdwaras in the country and abroad, especially the Sri Akaal Takht, after Operation Blue Star in 1984. He was involved in the reconstruction of many gurdwaras in Delhi after the anti-Sikh riots of November, 1984.

Singh was involved in choosing the Congress’s new poll symbol “hand” after the party split in 1978.

He was very closely associated with Indira Gandhi during Operation Blue Star and as a minister, oversaw the reconstruction of the Golden Temple in Punjab’s Amritsar following the Army operation.

Singh was also the chairperson of the Asian Games organising committee when the competition was held in India in 1982.

He courted controversies too. In 1998, as the communications minister, he was indicted in the JMM bribery case and had to resign.

As the Bihar governor in 2005, his decision to recommend dissolution of the state Assembly was criticised by the Supreme Court and he later resigned.

Singh is survived by a daughter and two sons.