The FIR came a day after Khan was booked for allegedly making insulting remarks against women during an election meeting. 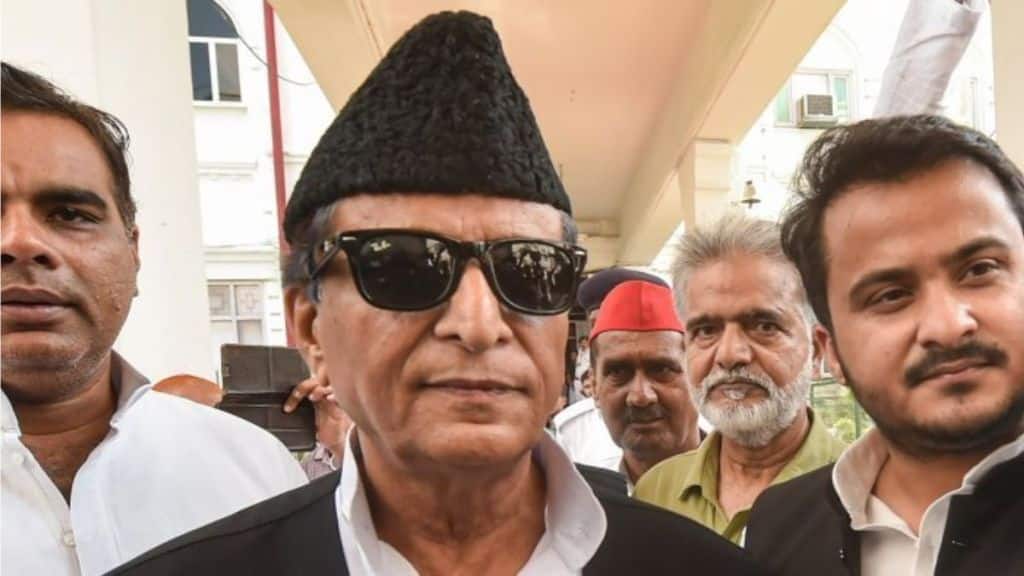 Azam Khan is currently out on bail in the matter. (File/PTI)

Senior SP leader Azam Khan has landed in fresh trouble with the Rampur administration lodging a case accusing him of using “provocative” words against police and the Election Commission during an election meeting two days ago.

The FIR was lodged Friday evening at Kotwali Police Station on the complaint of one Sujesh Kumar Sagar, the in-charge of the video surveillance team set up by a poll panel for the Rampur by-election.

The FIR came a day after Khan was booked for allegedly making insulting remarks against women during an election meeting.

“Addressing a public meeting in support of Samajwadi Party candidate Asim Raja, former Minister Azam Khan had given a speech in which he used words against constitutional institutions like Police, Election Commissioner, and Election Commission, to provoke the general public,” reads the complaint.

“Mohd Azam Khan in his address said that come here, Chief Election Commissioner, you come here, give the certificate of MLA, we will also clap like fools. You can’t alone fool around, allow us too,” the complaint quoted him as saying.

“But one cannot govern and fool around at the same time. The country cannot be run like that,” it added.

It was alleged in the complaint that Khan “tried to disturb the public peace by inciting and creating hatred among the people present in the public meeting and violated the code of conduct.” SP president Akhilesh Yadav was also present at the public meet on Thursday and addressed the gathering to garner support for the party’s nominee for December 5 by-poll in Rampur Sadar constituency.

Kishan Avtar, Station House Officer, Kotwali Police Station, said that Khan has been booked under section 153-A, 505(1), and 505(b) of the IPC, which prosecutes making speech or publishing statements which may cause rift between different social groups.

He has also been booked under Section 125 (promoting enmity between classes in connection with elections) of the Representation of the People Act, he added.

A month ago a Rampur court had convicted Azam Khan in a ‘hate speech’ case of 2019 and sentenced him to three years of imprisonment.

His conviction in the 2019 case had led to his disqualification as a member of Uttar Pradesh Legislative Assembly, which necessitated the Rampur Sadar by-poll.

Azam Khan is currently out on bail in the matter.