Four of the eight people who died in the violence on Sunday were farmers, allegedly knocked down by a vehicle carrying BJP workers. Angry farmers then allegedly lynched some people in the vehicles. 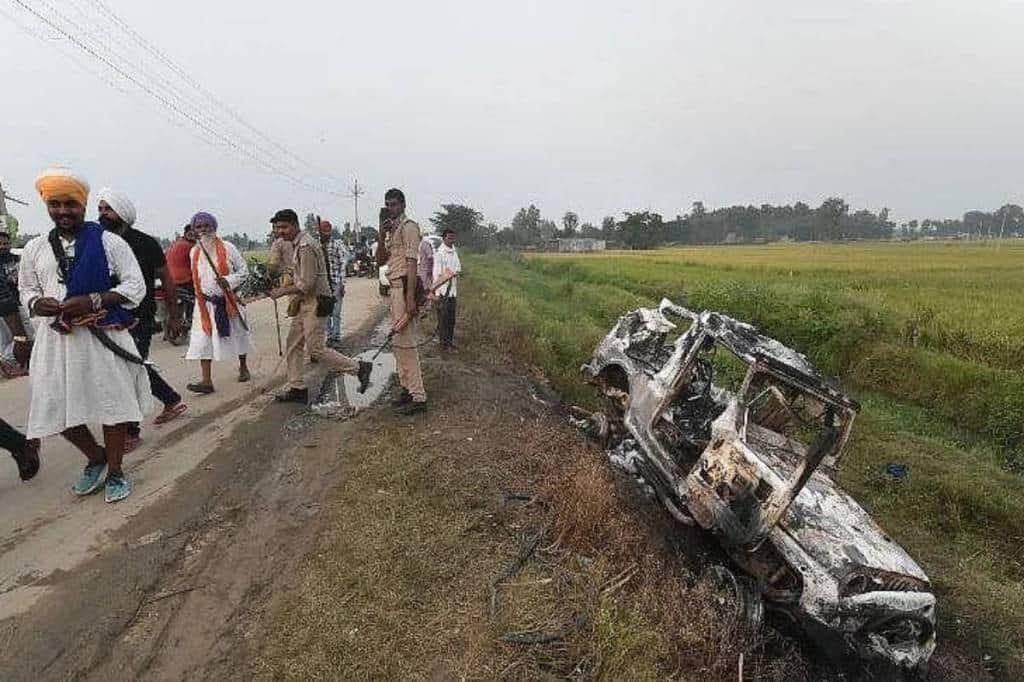 In the incident on Sunday in Uttar Pradesh's Lakhimpur Kheri, eight people were killed, including four farmers. (File image)

Farmer leaders on Saturday demanded that Union Minister Ajay Mishra and his son be arrested in the Lakhimpur Kheri violence case, and said the incident was a “pre-planned conspiracy”.

Ajay Mishra should also be removed from the government as he started this conspiracy and is also protecting the culprits in the case, Sanyukt Kisan Morcha (SKM) leader Yogendra Yadav alleged during a press conference here.

He also said that the SKM on October 15, which is Dusshera, will burn the effigies of Prime Minister Narendra Modi and Home Minister Amit Shah to protest against the violence.

In the incident on Sunday in Uttar Pradesh’s Lakhimpur Kheri, eight people were killed, including four farmers.

The incident was part of a pre-planned conspiracy and the attackers tried to terrorise farmers, farmer leader Darshan Pal said at the press conference of the SKM, an umbrella body of farm unions, spearheading the stir against three agri laws.

He also claimed that the government has adopted a violent approach against protesting farmers. But “we won’t take the path of violence”, Ugrahan asserted.

Four of the eight people who died in the violence on Sunday were farmers, allegedly knocked down by a vehicle carrying BJP workers. Angry farmers then allegedly lynched some people in the vehicles.

The other dead included two BJP workers and their driver.

Farmers claimed that Ashish Mishra was in one of the vehicles, an allegation denied by him and his father who say they can produce evidence to prove he was at an event at that time.

The SKM also said that on October 18 it will call ‘rail roko’ to protest the Lakhimpur Kheri violence.

Meanwhile, Bharatiya Kisan Union leader Rakesh Tikait on Saturday said that he doesn’t consider those who killed BJP workers in Uttar Pradesh’s Lakhimpur Kheri as culprits as they only reacted to SUV running over protesters.

“The killing of two BJP workers in Lakhimpur Kheri after a convoy of cars mowed down four farmers is a reaction to an action. I do not consider those involved in the killings as culprits,” Tikait said in reply to a question asked during a press conference here.

Samyukta Kisan Morcha (SKM) leader Yogendra Yadav said, “We are sad over the loss of lives, be it BJP workers or farmers. It was unfortunate and we hope justice is done.”