Anil Vij had participated in meetings with the PM and Haryana CM Manohar Lal Khattar over the COVID-19 situation. 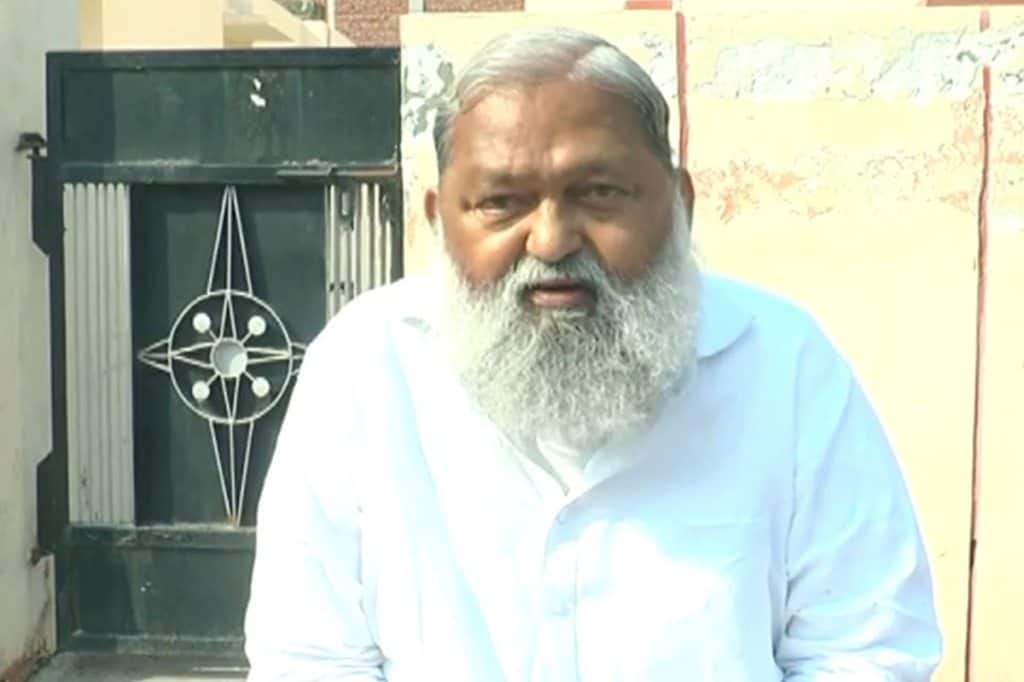 Anil Vij had said that all the problems can be solved by negotiation.

The ongoing protest by farmers in the areas bordering the national capital as states witness an unprecedented surge in coronavirus cases has become a cause of concern for the government. The Haryana government and the Centre have urged farmers to postpone their protests and vacate the protest sites – Tikri, Singhu and Ghazipur. Earlier last week, Haryana Health and Home Minister Anil Vij had expressed concerns about protecting the protesting farmers at the Haryana border from COVID-19. He, however, said that the state will work as per the guidelines issued by Prime Minister Narendra Modi to break the chain and control the spread of COVID-19.

Vij had participated in meetings with the PM and Haryana CM Manohar Lal Khattar over the COVID-19 situation. Vij had said that all the problems can be solved by negotiation.

Union Agriculture Minister Narendra Singh Tomar also appealed to farmers to vacate the protest sites and postpone their protest, saying the government is ready for a discussion whenever they come with a proposal. However, the Sanyukta Kisan Morcha rejected his appeal saying that it was not a suggestion but a condition for resuming talks.

According to reports, Haryana CM Manohar Lal Khattar held a high-level meeting with Anil Vij, Deputy CM Dushyant Chautala and senior police officials to discuss the ongoing farmers’ protest and the steps required to stop the spread of COVID-19. If reports are to be believed, the authorities are also planning to hold talks with farm leaders to convince them about vacating the sites. While there is no official word on the government’s course of action if the farmers refuse to vacate the protest sites, it is believed that the Centre will use all measures to convince the agitators to understand the gravity of the situation arising due to the outbreak.

Thousands of farmers have been protesting at three Delhi borders- Tikri, Singhu and Ghazipur as well as across Haryana, Punjab and Uttar Pradesh against the newly brought farm laws. The laws were put on hold by the Supreme Court which asked the Centre to find a concrete solution to end the months-long impasse.