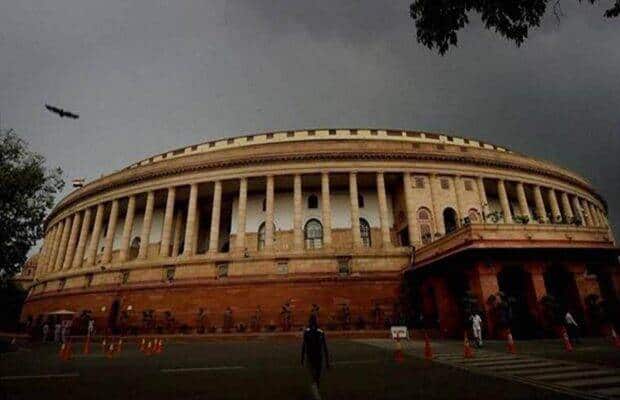 The Farm Laws Repeal Bill 2021, to withdraw the three contentious farm laws, was passed in both the Houses of the Parliament on the first day of Winter Session amid huge uproar by the Opposition demanding a discussion on the Centre’s decision to withdraw the agri laws.

The Bill was passed within minutes of its introduction in both the Lok Sabha and Rajya Sabha, without discussion. The Opposition said that the Bill mentioned ‘consideration and passage’ but the Centre said that discussions were never held on repeal bills.

Before the motion was adopted for the passage of the bill in Rajya Sabha, Deputy Chairman Harivansh allowed Leader of Opposition Mallikarjun Kharge to speak for two minutes.

Kharge was of the view that the government has taken back the three farm laws in view of the forthcoming elections in five states after reviewing the results of recent bypolls. He also mentioned about the death of over 700 farmers in more than a year during agitation against these laws.

When Kharge took more than the allocated time, the deputy chairman called Tomar to move the motion. Tomar moved the motion and said while moving the bill for passage that the three laws were brought for the benefit of farmers.

He regretted that the government could not convince the agitating farmers about the benefits of the laws. He also attacked the Congress for adopting “double standard” on the laws, as its own election manifesto talked about the need for reforms in the farm sector.

He said Prime Minister Narendra Modi showed a large heart by announcing the repeal of the laws on Guru Nanak Janyanti. He said as both the government and the opposition parties are for repeal of the laws, so there was no need for any discussion on the farm repeal bill.

Earlier, ahead of the passage of Bill in Lok Sabha, the proceedings were adjourned for an hour amid din as Opposition members sought to raise the issue of deaths of farmers during their protests against three farm laws.

Initially, the Congress members were protesting from their seats and subsequently joined Trinamool Congress members who were already in the Well. They were also joined by members from some other Opposition parties. Some Opposition members displayed placards which read ‘save farmers’.

As the din continued, Speaker Om Birla told the protesting members that they should ensure the dignity of the House and that it was the first day of the Winter Session. With no let up in the protests, Birla adjourned the proceedings till noon and the House managed to take up only one question during the Question Hour.

The Bill stated that though “only a small group of farmers are protesting” against these legislations, the need of the hour is to take along everyone for inclusive growth.