In the wake of Pakistan’s attempts to cast doubts among the international media on last week’s surgical strikes, Delhi Chief Minister Arvind Kejriwal on Monday urged Prime Minister Narendra Modi to “expose the false propaganda” being spread by Islamabad on the issue. 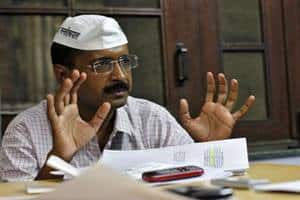 In the wake of Pakistan’s attempts to cast doubts among the international media on last week’s surgical strikes, Delhi Chief Minister Arvind Kejriwal on Monday urged Prime Minister Narendra Modi to “expose the false propaganda” being spread by Islamabad on the issue.

The Congress, meanwhile, criticised Kejriwal for “publicising Pakistan’s point of view” over the surgical strikes and said that whatever he does on the issue should be “well thought out”.

In an around three-minute video message, Kejriwal mainly focused on Pakistan’s claims that no surgical strike was ever conducted on terrorist launch pads across the Line of Control and urged Modi to fight Pakistan’s propaganda “just like we have been fighting Pakistan on ground”.

He also said that he salutes the Prime Minister for taking strict measures against Pakistan in spite of having differences on other matters.

He said that Pakistan is trying to scuttle the credibility of India in the international arena and indulging in cheap politics.

“Recently they (Pakistan) took a delegation of international media to Pakistan and told them that there was no surgical strike at all by the Indian forces. They are spreading a false propaganda. Modiji should expose the false propaganda of Pakistan,” he added.

He also mentioned a brief United Nations gave two days back which reportedly supported Pakistan’s claim that no strike happened.

“Only yesterday, CNN was showing a report how Pakistan took few media persons to the spot of strike to show that no such thing happened, and showed them kids playing and people living as usual. My blood came to a boil when I saw that report,” he said.

Delhi Water Minister Kapil Mishra also wrote to senior editors of New York Times, CNN and BBC asking them to either provide “substantial evidence” to support news stories which “helped Pakistani propaganda”, or withdraw the stories with due apologies.

“If you go through the Twitter account of Kejriwal, he has retweeted some of Pakistan’s media reports which shows their claim,” she alleged.

“By retweeting Pakistan’s false propaganda he has actually given credence and publicity to Pakistan’s point of view,” Mukherjee added.

She also said: “Whatever action he does in this should be well thought out… On one hand he is supporting Indian government and on other he is publicising Pakistan’s propaganda.”

IANS tried to reach out to many BJP leaders but all of them refused to comment on Kejriwal’s statement.

Last week, India said it had launched surgical strikes on terrorist launch pads across the LoC in the wake of the Uri terror attack. Pakistan has said it was only a case of cross-border firing, and has been running news reports casting doubts on the operations.