Explained: What is AFSPA, and why is there a renewed demand to repeal it?

Northeastern states especially Nagaland and Mizoram had faced the brunt of AFSPA in the 1950s when the Indian army carried out air raids and bombings in the states against militants. 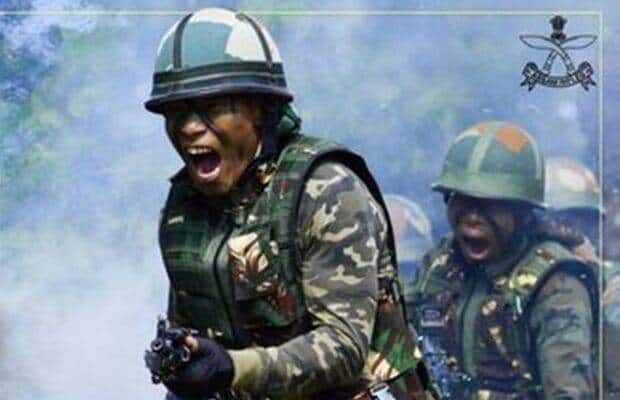 The Act also provides blanket impunity to forces involved in operations and they can be prosecuted or a legal proceedings can be initiated against them only with the Centre's approval. (Representative image)

Nagaland Chief Minister Neiphiu Rio yesterday demanded that the Armed Forces Special Powers Act or AFSPA be repealed and added that his cabinet will write to the Centre in this regard. He said that the excesses committed by security forces do not go down well with the people and the Act should be repealed from the entire northeast. Neiphiu Rio’s demand came a day after Union Home Minister Amit Shah told Parliament that the killing of six youth during the anti-insurgency operation was a case of mistaken identity. A total of 14 people were killed in Nagaland’s Mon district in the events that unfolded after the killing of the youths. Chief Minister of Meghalaya Conrad Sangma had also sought the repeal of the Act.

What is the Armed Forces Special Powers Act (AFSPA)?

The Armed Forces Special Powers Act (AFSPA), 1958 provides certain special powers to be a member of the armed forces in areas in the Arunachal Pradesh, Assam, Manipur, Meghalaya, Mizoram, Nagaland and Tripura. The powers were also extended to forces deployed in Jammu and Kashmir as well. The Act was first promulgated by the Britishers to suppress the Quit India movement in 1942. After Independence, then PM Jawaharlal Nehru decided to retain the Act. It was then brought in as ordnance first and later notified as an Act in 1958.

1. if he is of opinion that it is necessary so to do for the maintenance of public order, after giving such due warning as he may consider necessary, fire upon or otherwise use force, even to the causing of death, against any person who is acting in contravention of any law or order for the time being in force in the disturbed area prohibiting the assembly of five or move persons or the carrying of weapons or of things capable of being used as weapons or of fire-arms, ammunition or explosive substances;

2. if he is of opinion that it is necessary so to do, destroy any arms dump, prepared or fortified position or shelter from which armed attacks are made or are likely to be made or are attempted to be made, or any structure used as a training camp for armed volunteers or utilized as a hide-out by armed gangs or absconders wanted for any offence;

4. enter and search without warrant any premises to make any such arrest as aforesaid or to recover any person believed to be wrongfully restrained or confined or any property reasonably suspected to be stolen property or any arms, ammunition or explosive substances believed to be unlawfully kept in such premises, and may for that purpose use such force as may be necessary.

The law also mandates the army to hand over any person arrested and taken into custody under this Act to the officer in charge of the nearest police station with the least possible delay, together with a report of the circumstances occasioning the arrest. The Act also provides blanket impunity to forces involved in operations and they can be prosecuted or a legal proceedings can be initiated against them only with the Centre’s approval.

One of the most famous names who raised her voice against the act is Irom Sharmila. She had been on a hunger strike for around 16 years demanding repeal of the law. The previous UPA government had set up a committee headed by a former Supreme Court Judge in 2004 to look into the issue. The Commission submitted its report in 2005 favouring repeal of the law saying AFSPA had become a symbol of oppression. Veeerapa Moily-led Second Administrative Reforms Commission had also endorsed the recommendations of the committee. GK Pillai, the former Union Home Secretary, had also favoured repeal of the AFSPA. Former Home Minister P Chidambaram had said that if the law cannot be repealed then it should at least be amended. The UPA government had even instituted a cabinet sub-committee to look into the matter but that was dropped by the NDA government which also rejected the findings of the Reddy Commission.

This is also not the first time that a state with AFSPA has demanded its repeal. Nagaland had earlier urged the Centre to repeal the law in the past as well. Former Manipur Chief Minister Okram Ibobi Singh had in 2012 opposed the repeal of AFSPA citing dangerous law and order situations in the state.

Northeastern states especially Nagaland and Mizoram had faced the brunt of AFSPA in the 1950s when the Indian army carried out air raids and bombings in the states against militants. There were allegations against security forces of mass killings and rape. Human rights activists claim that the Act is often used to settle private scores in cases like property disputes where one party provides false tip-offs using local informants to security forces.

While a committee set up by the Supreme Court in 2013 in the past had investigated six cases of encounter, it had found all six fake. The apex court had also set up a Special Investigation Team (SIT) to probe the allegations. The SIT had investigated 39 cases and had filed final reports in 32 cases.