The Enforcement Directorate (ED) cannot act as “super investigator” and not share records with the court, Delhi High Court today observed while hearing pleas filed by Himachal Pradesh Chief Minister Virbhadra Singh and others in connection with a money laundering case. 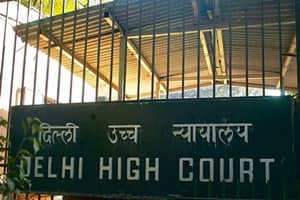 Justice A K Pathak also asked the police to respond to the plea which has urged it to form a Special Investigating Team (SIT) to investigate the case, while criticising the way Delhi Police has been handling the matter.

The Enforcement Directorate (ED) cannot act as “super investigator” and not share records with the court, Delhi High Court today observed while hearing pleas filed by Himachal Pradesh Chief Minister Virbhadra Singh and others in connection with a money laundering case.

“If you do not want to share anything with the court then there is something amiss. You cannot act as if you are a super investigator. I will issue notice and you can file reply to all issues raised in the plea.
“I will satisfy my conscious to the hilt. It is reluctance when you advance procedural arguments,” Justice Manmohan said after which ED said it would place the records before the court.
“When will you bring it?” the court asked, to which the department said records would be placed before it in a week and the judge, thereafter, listed the matter for further hearing on May 31.

The court was hearing arguments on the pleas filed by Virbhadra and others in which they have sought the “reasons to believe” based on which search and seizure of documents were carried out at their premises by the agency.
The court during the initial part of arguments told the petitioners, including Virbhadra, that “reasons to believe cannot be disclosed to assessee” as it would lead to disclosure of the line of probe and the sources.

“Reasons to believe will never be communicated. It is never shown (to assessee) as it would disclose the line of investigation as well as the source, if any. Investigation and source would get compromised. Assessee can never see reason to believe. Show me any judgement which says reasons to believe for search has to be shared. There is not any till date,” the court said.

It, however, said that it would peruse the records only to see whether “reasons to believe” for search and seizure have been placed by ED before the adjudicating authority as the petitioners were contending that there were no reasons for carrying out search and seizure. The court made it clear that it would not disclose the reasons to the petitioners.

During the hearing, ED’s counsel argued that petitioners have only challenged the department’s move seeking permission to retain the seized documents for a period beyond 180 days and thus, there was no need for inspection of records.