Since 2016, when the liquor prohibition came into force in the state, illicit liquor rackets have mushroomed in many parts of the state. 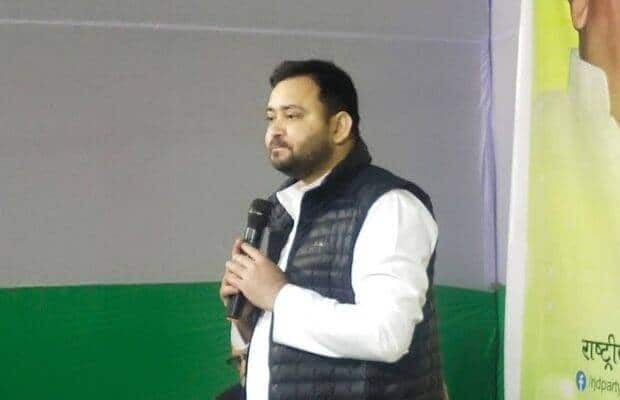 Rashtriya Janata Dal leader Tejashwi Yadav today hit out at the ruling NDA government in Bihar following the recovery of empty liquor bottles from the Bihar legislative assembly premises. Yadav said that CM Nitish Kumar, who also holds the Home portfolio, doesn’t deserve to remain in power for a second more. Bihar is a dry state and the sale or consumption of liquor is prohibited by law since 2016.

In another tweet, Yadav said, “Amazing! Liquor bottles recovered inside Bihar assembly premises. The Winter session is going on now. Liquor of different brands is available only at a distance of a few steps from the CM’s chamber. Amidst tight security, liquor is found in the assembly in the current session itself, just imagine the state of the rest of Bihar! Embarrassing!”

On November 26, Nitish Kumar had administered an oath to his cabinet and other people at Patna’s Gyan Bhawan to not consume alcohol for the rest of their lives.

Speaking inside the assembly CM Nitish Kumar said that a strict action should be taken against the person who consumed liquor inside the assembly premises. “I asked him (Dy CM), he said that bottles of liquor were found somewhere on this campus. This is extremely bad. How can this be tolerated? I say this before the Speaker, if he permits I’ll ask everyone to examine it today itself…I will tell Chief Secretary and DGP to get an inquiry done. It is not an ordinary thing if the bottles came here. The one who is doing this should not be spared. Strict action should be taken,” said Nitish Kumar.

Since 2016, when the liquor prohibition came into force in the state, illicit liquor rackets have mushroomed in many parts of the state and over a hundred people have lost their lives to spurious liquor this year itself. Facing an all-round attack from the opposition parties, the Bihar government has heightened surveillance besides announcing some tough measures against police officials if liquor is found in their jurisdiction.