Jayant Chaudhary, whose party Rashtriya Lok Dal chief has joined hands with the Samajwadi Party for the UP Assembly polls, said that leaders should be careful while making remarks on such issues. 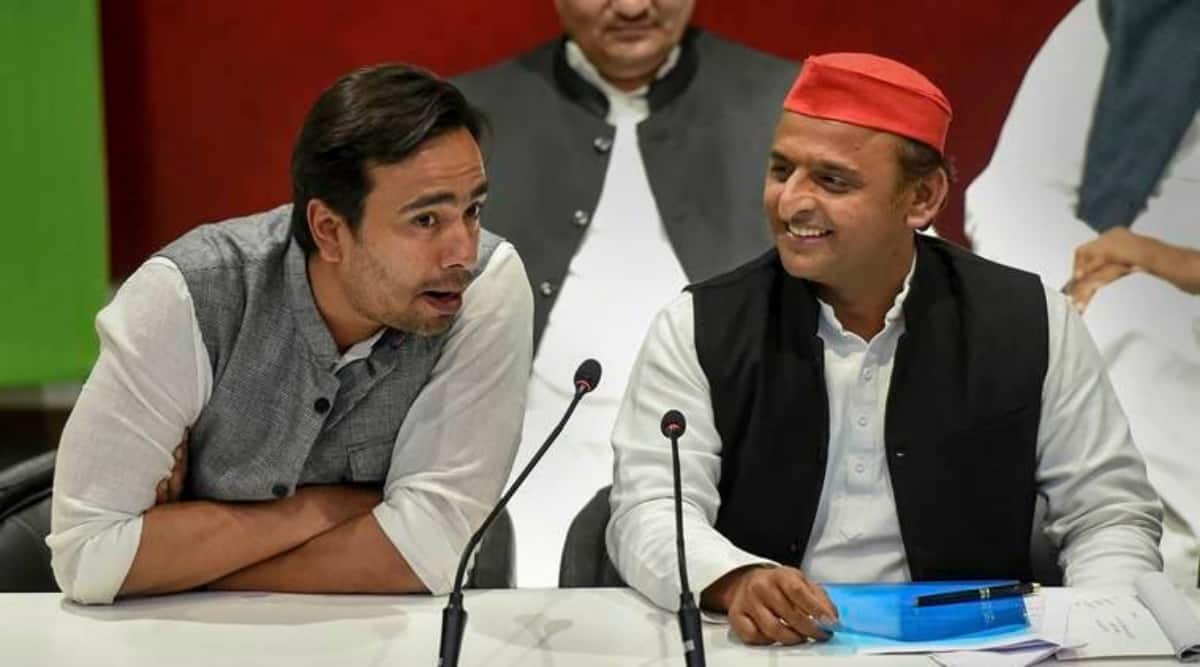 Jayant Chaudhary, whose party Rashtriya Lok Dal chief has joined hands with the Samajwadi Party for the UP Assembly polls, said that leaders should be careful while making remarks on such issues.

Amid an escalating row over remarks on Pakistan and Jinnah by Samajwadi Party president Akhilesh Yadav days ahead of the Uttar Pradesh elections, Rashtriya Lok Dal chief Jayant Chaudhary has said that political leaders should he careful while making remarks on such issues. This is the first time that Chaudhary, whose party RLD is contesting the elections in alliance with SP this time, has spoken on this controversy.

In an exclusive interview to FinancialExpress.com, Chaudhary said: “It’s a strange time we live in. Elections are won and lost on a single statement nowadays. So leaders have to be very very careful and your public persona is more important than any deep understanding or issue. That’s unfortunate, but I believe in politics of real world issues, therefore these things are at the periphery.”

The remarks by Akhilesh have been lapped up by the BJP to blunt the Opposition’s allegation that the saffron party resorts to religious polarisation to benefit in elections.

Accusing the BJP of polarisation, Chaudhary said: “That is there is only tactic. That is their only strategy, that’s the only thing they have, to divert from the fact that people of Uttar Pradesh have gained nothing in the last five years. They have spoken about Aurangzeb, their campaign starts from Kairana where the Home Minister of this country and meeting these mythical people who had left and have come back because supposedly UP is safer. So their pitch is like that.”

Last year, Yadav came under heavy fire of the BJP top brass after he invoked Muslim League leader and Pakistan Mohammad Ali Jinnah claiming that he studied with Mahatma Gandhi, Jawaharlal Nehru and Sardar Vallabhbhai Patel in the same institution to become barrister and fought for India’s freedom.

“Sardar Patel, Mahatma Gandhi, Jawaharlal Nehru and Jinnah studied at the same institute and became barristers. They became barristers and they fought for India’s freedom. They never backed away from any struggle,” Yadav had said at an event in UP’s Hardoi in October last year.

The heat over remarks on Jinnah was yet to subdue before Yadav, speaking with Economic Times on Sunday, said that India’s real enemy was China and Pakistan was only country’s “political enemy”. “Our real enemy is China. Pakistan is our political enemy. But BJP only targets Pakistan because of their vote politics,” the SP chief was quoted by Economic Times as saying.

The BJP was quick to hit back at Yadav and asked him to express remorse and apologise for the comment. “His comment that Pakistan is not a real enemy and BJP is making Pakistan as an enemy… I will clearly say “(Muhammad Ali) Jinnah se jo kare pyaar, wo Pakistan se kaise kare inkaar,” BJP spokesperson Sambit Patra told reporters in Lucknow.

Patra also slammed the Samajwadi Party for seeking to ban the opinion polls. He said, “On March 10, the Opposition parties will blame EVMs for the defeat.”

The SP has asked the Election Commission to stop the opinion polls from being aired on some news channels with immediate effect. In a letter to the Chief Election Commissioner, the party claimed that airing of the polls is a violation of the model code of conduct and they can misguide the voters and influence the election.