Yogi Adityanath in Uttar Pradesh, N Biren Singh in Manipur, Pushkar Singh Dhami in Uttarakhand and Pramod Sawant in Goa have been rewarded for overcoming anti-incumbency and leading the party to victory. 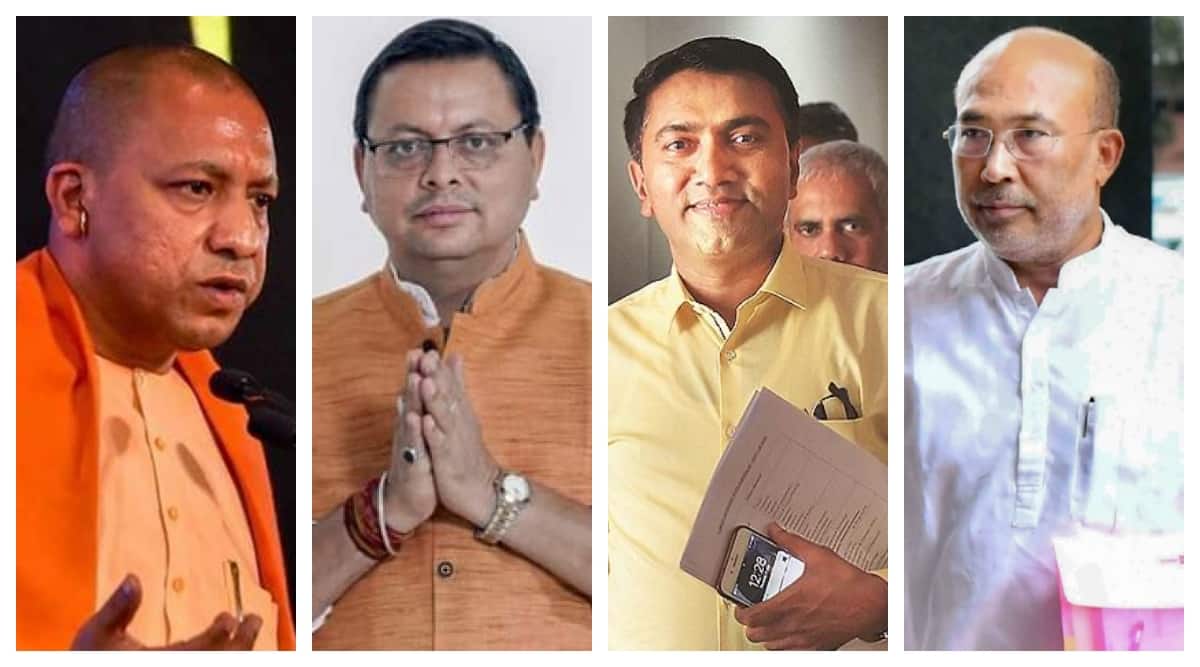 Yogi Adityanath in Uttar Pradesh, N Biren Singh in Manipur, Pushkar Singh Dhami in Uttarakhand and Pramod Sawant in Goa have been rewarded for overcoming anti-incumbency and leading the party to victory.

The BJP has reposed its faith on the incumbent chief ministers in four states where it won the recently concluded Assembly elections. Yogi Adityanath in Uttar Pradesh, N Biren Singh in Manipur, Pushkar Singh Dhami in Uttarakhand and Pramod Sawant in Goa have been rewarded for overcoming anti-incumbency and leading the party to victory despite stiff challenge from the opposition in their respective states.

Adityanath — owing to his popularity — was credited for the party’s record-breaking victory in Uttar Pradesh where it became the first party in the last 36 years to retain power for a second consecutive term. Before the March 10 results, the UP polls were seen as a tough contest between the BJP and the Samajwadi Party. However, the saffron party-led NDA bagged 273 seats, leaving the rival camp at a distant second with 125 seats.

Meanwhile, N Biren Singh was sworn in as the chief minister of Manipur for a second time on Monday. His swearing-in came after several days of uncertainty and hectic parlaying since the assembly poll results were announced. The lobbying efforts by rival camps and attempts to broker peace between them by central leaders kept all political personages in a state of flux in this border state.

The decision on Dhami and Sawant was taken on Monday — 11 days after the BJP retained power in the two states — where the exit polls had predicted a tough contest with the Congress.

Though Dhami, 46, the youngest chief minister of the state, was a clear favourite for the top job despite losing his Khatima seat, which he represented twice in 2012 and 2017, whatever doubt remained about the leader getting a second term were scotched as the BJP central leadership opted for stability in the state that saw three chief ministers in four months in 2021. It’s for the first time that a BJP government will have a chief minister who himself lost the election.

Sawant, too, was elected unanimously as the BJP legislature party leader, with Vishwajit Rane, another contender for the top job, proposing his name.

The election results have not only cemented the BJP’s position ahead of the 2024 Lok Sabha polls, but have also raised questions on the opposition’s approach against the ruling dispensation, both at the Centre and state levels.