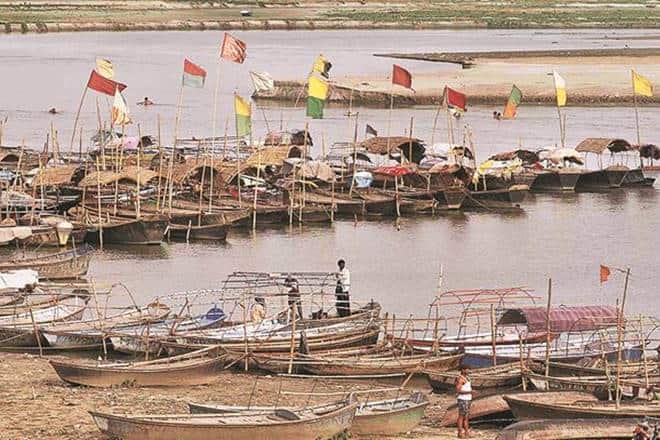 With initiatives such as Namami Gange, the government has displayed a renewed focus on river cleaning.

River Ganga, one of the holiest of rivers, is also likely the most polluted river in the country. Comprising close to two-thirds of its total length, Ganga’s stretch in the plains is choked with filth, dangerous chemicals and untreated discharges from the industries.

With initiatives such as Namami Gange, the government has displayed a renewed focus on river cleaning. Drives to remove treated and untreated waste from river water, large-scale construction of sewage treatment plants, and measures to keep any industrial or city waste from entering the river stream are all among measures taken by the central and state-level authorities. To fasten the above measures, leveraging advanced and data-driven technologies is a domain that needs to be explored for a much-needed and radical approach to address the challenges of river cleaning.

The idea of an unpolluted flow—Nirmal Dhara—has been a descriptive for the river Ganga time and again. Today, as steps are being taken to restore the wholesomeness of the river, the idea of Nirmal Dhara has been rejuvenated.

For large-scale river cleaning programs such as Namami Gange, one of the major challenges is the lack of real-time access to ground level information, and the ability to quickly and efficiently derive actionable intelligence from data. Recent government-led drives for country-wide sensor-ification of river-fronts to collect real-time information are resulting in an unprecedented explosion of data. Water quality monitoring applications along with customised sensors are providing measurements across various parameters, including chloride and fluoride levels, water temperature, and colour. Spanning 2,500 kilometres, these sensors are providing live water quality measurements and information on pollution trends, sources, chemical compounds, and more.

To optimally manage this huge-amount of data generated and extract useful insights from it, advanced analytics, data segregation, and disruptive technologies must be leveraged to play a key role. Artificial intelligence and machine learning, combined with bot-based solutions, can boost India’s potential to fight pollution in its rivers. Technological initiatives such as Geographic Information Systems, an interface through which data and subsequent actions can be shared with a larger population through geo portals and mobile apps, can ensure people’s deeper involvement.

The success of ambitious projects such as Namami Gange can not only lay a roadmap for cleaning of polluted rivers in the country but offer various measures that can be replicated alongside other polluted river stretches. Millions of people depend on Ganga for its powers of healing and regeneration, thus making technology-led initiatives such as Namami Gange a ray of hope for the country.