Draft vehicle scrapping policy to be ready in a fortnight

Aiming to scrap nearly 15 lakh heavy vehicles that are more than 15 years old in the first phase, Union Minister Nitin Gadkari has said the draft policy will be ready in a fortnight. 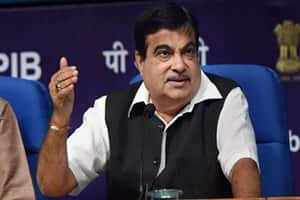 Aiming to scrap nearly 15 lakh heavy vehicles that are more than 15 years old in the first phase, Union Minister Nitin Gadkari has said the draft policy will be ready in a fortnight.

“We intend to scrap 15-year-old about 12-15 lakh heavy vehicles, mostly trucks and buses, in the first phase of our proposed Voluntary Vehicle Fleet Modernisation Programme (V-VMP). The draft policy would be ready in a fortnight,” Road Transport and Highways Minister Gadkari told PTI.

The Minister said 65 per cent of the vehicular pollution is caused by heavy vehicles and scrapping of these will be done at industrial clusters like Kandla to be set up under the government’s ambitious Sagarmala project.

Gadkari had called on Finance Minister Arun Jaitley last week in this regard, who had suggested making the policy mandatory, not voluntary.

The Finance Minister had also said that instead of excise tax exemptions, funds will be provided for this in the Budget.

According to Gadkari, the policy may provide benefits of Rs 2-3 lakh for every heavy vehicle to be scrapped.

The draft V-VMP policy had earlier proposed to bring vehicles bought on or before March 31, 2005, numbering about 28 million, under its purview.

The government is also expected to take permission from the GST Council as “the tax structure is likely to change”.

He said the benefits of the policy include additional net revenue of over Rs 21,000 crore on account of additional automobile sales, besides crude oil savings of Rs 7,700 crore due to improved fuel efficiency.

Once the policy is finalised, it is estimated to result in domestic steel scrap generation worth Rs 5,500 crore to substitute imported scrap.

The other positive, Gadkari said, is employment generation as there will be huge demand for workforce for scrapping/recycling operations and automobile manufacturing.

The automobile industry’s turnover in the country is Rs 4.5 lakh crore, he said, adding that making these industrial clusters will boost job creation.

He termed the policy as a “win-win” for government, stakeholders and common masses.

According to the ministry, the proposed policy has the potential to reduce vehicular emission by 25-30 per cent and save oil consumption by 3.2 billion litres a year.