The DPCC gave Rs 4.50 crore and Rs 4.25 crore to the divisional commissioner and secretary, revenue department, for the implementation of the second and third phase of the drive in April 2016 and November 2019, respectively. 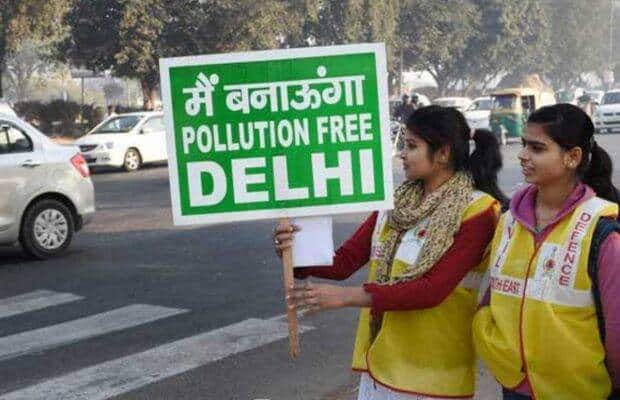 The Delhi Pollution Control Committee (DPCC) spent over Rs 12 crore from a fund set up for green projects on the implementation of the three phases of the odd-even car rationing scheme between 2016 and 2019, according to government data obtained through an RTI application.

The reply to the RTI filed by activist Amit Gupta revealed that the pollution control body gave Rs 3.38 crore to divisional commissioner and secretary, revenue department, and Rs 25 lakh to Delhi Tourism and Transport Development Corporation Ltd from the Air Ambience Fund for the implementation of the first odd-even drive in January 2016.

The DPCC gave Rs 4.50 crore and Rs 4.25 crore to the divisional commissioner and secretary, revenue department, for the implementation of the second and third phase of the drive in April 2016 and November 2019, respectively. According to the Graded Response Action Plan, the odd-even scheme is one of the measures needed to be taken in case of an “emergency” — if PM2.5 and PM10 levels remain above 300 micrograms per cubic metre and 500 micrograms per cubic metre respectively for 48 hours or more.

Set up in 2008 and collected through the Department of Trade and Taxes, the Air Ambience Fund gets 25 paise from the sale of each litre of diesel in Delhi. A total of Rs 547 crore has been collected in the fund since March 2008. Of this, Rs 527 crore has been spent on green activities.

The government utilised only Rs 59 crore till 2015. In the last seven years, it has used Rs 468 crore from the fund. According to the RTI reply, the money has been utilised for grant of subsidy to battery-operated vehicles, e-rickshaws, odd-even drive, maintenance of the bio-gas plant at the Delhi Secretariat, operating online air monitoring stations, study on real-time source apportionment, installation of smog tower and salary of environment marshals.

“Amount spent on smog tower (in Connaught Place) till date from the Air Ambience Fund is Rs 22.91 crore,” it said. Chief Minister Arvind Kejriwal had inaugurated the over 24-meter-high air-purifier on August 23 as a pilot project. The smog tower has 40 fans and 10,000 filters and can clean air in a one-km radius around the structure, at a rate of around 1,000 cubic metres per second, according to officials.

The Delhi government has formed a 16-member team of experts from DPCC, IIT-Bombay, NBCC and Tata Projects to monitor the functioning of the smog towel.

Next Story
‘Mend your ways’: PM Modi issues stern warning to MPs on attendance in Parliament at high-level BJP meet