National Health Profile, 2018: There is just one allopathic government doctor available for around 11,082 people across the country, a figure more than 10 times the recommended ratio of 1:1000. 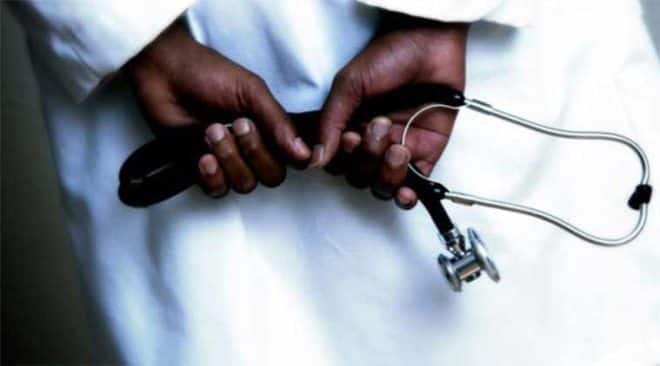 Signifying the huge gap that exists in terms of the number of doctors available to the population of the country, government data shows that there is just one allopathic government doctor available for around 11,082 people across the country, a figure more than 10 times the recommended ratio of 1:1000. The figures were revealed in the National Health Profile, 2018, released by the Central Bureau of Health Intelligence — the health intelligence wing of the Directorate General of Health Services under the Health Ministry.

The NHP, 2018 is a comprehensive annual compilation of data highlighting the demographic, socio-economic, health status, finance, infrastructure and resources in the country and has released on a regular basis since 2005.

Besides highlighting the huge gap in the availability of government allopathic doctors, the data released also talks about the huge gaps between states. According to the NHP, 2018, in Bihar, one doctor serves a total population of 28,391 whereas in Delhi, the figure stands at 1:2,203. Bihar is followed by neighbouring Uttar Pradesh where the ratio is 1:19,962. The other states with the poorest ratio of doctor-population are Jharkhand (18,518), Madhya Pradesh (16,996) Chhattisgarh (15,916) and Karnataka (13,556).

Delhi tops the list, followed by northeastern states Arunachal Pradesh (2,417), Manipur (2,358) and Sikkim (2,437). Officials say that the better statistics for Delhi are due to the higher number of private hospitals and doctors, adding that the good performance of NE states should be attributed to lower population density.

The NHP data also highlighted the falling number of doctors registering themselves with the Medical Council of India or state medical councils. It states that in 2016, a total of 25,282 doctors had registered with the MCI or state councils whereas in 2017, the figure dropped to 17,982. It noted that the number of dentists registered till 2017 was 2,51,207.

According to a report in The Indian Express, the NHP has this year used data from perhaps the largest screening exercise for noncommunicable diseases. Under the National Programme for Prevention and Control of Cancer, Diabetes, Cardiovascular Diseases and Stroke, 35 crore people were screened.

The NHP has no data on cancer, except for the three that can be detected through screening.

In terms of fatalities among communicable diseases, the NHP said that rabies had 100% fatality (97 cases) and Japanese Encephalitis had 12%.

The eastern state of West Bengal witnessed maximum number of deaths due to malaria (29) and chicken pox (53). Bihar had 70% of the cases of Kala Azar (black fever), a disease India had set a target to eliminate by 2017 but failed.