The SEC officials said poll authorities and its teams were all set for the big day on Sunday and adequate arrangements for deployment of forces has been done. 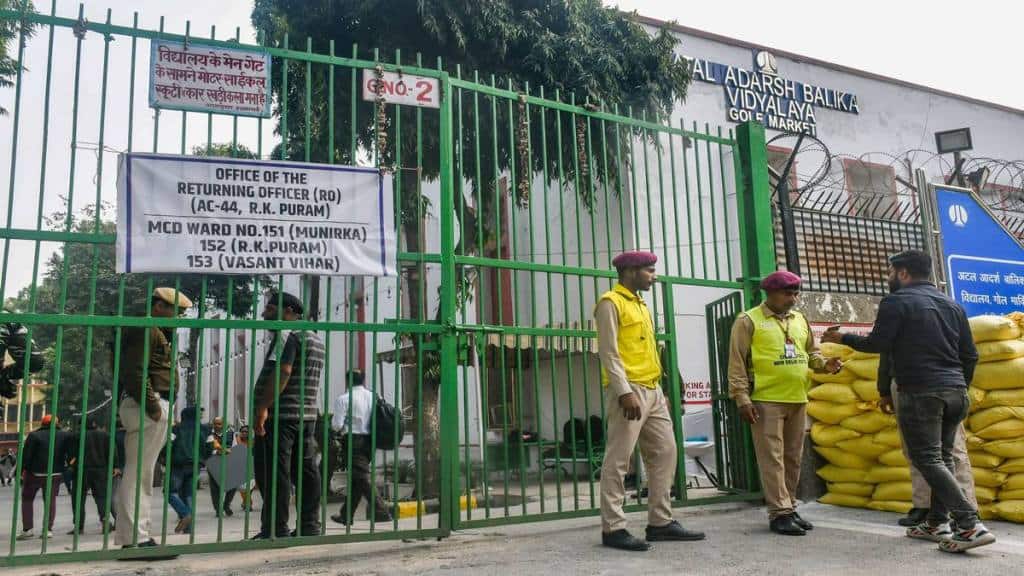 The stage is set for the high-stakes civic polls in Delhi on Sunday, with poll authorities and security forces all geared up for the elections, largely being seen as a three-way contest among the AAP, the BJP and the Congress.

Over 1.45 crore electors are eligible to exercise their franchise in the elections to the 250 wards of the Municipal Corporation of Delhi, in which 1,349 candidates are in the fray.

Polling will be held from 8 am to 5:30 pm and the votes will be counted on December 7.

This will be the first civic election after the fresh delimitation exercise, and the poll will be held days after the first phase of the Gujarat assembly elections, and a day ahead of its second phase. Authorities have set up 13,638 polling stations across Delhi for the exercise.

There were 272 wards in Delhi and three corporations — NDMC, SDMC and EDMC — in Delhi from 2012-2022, before being reunified into an MCD that had formally come into existence on May 22.

The erstwhile MCD, established in 1958, was trifurcated in 2012 during Sheila Dikshit’s tenure as the chief minister.

With the announcement of the MCD polling date on November 4 by State Election Commissioner Vijay Dev, the Model Code of Conduct came into immediate effect in the national capital from that day itself.

Both the AAP and the BJP have exuded confidence that they will emerge victorious in the polls while the Congress is seeking to regain lost turf.

The high-decibel campaigning for the December 4 polls, which saw roadshows of AAP and BJP heavyweights criss-cross through the national capital amid a political slugfest, concluded on Friday.

Giving campaigns of their parties one final push on Friday, BJP leaders held over 200 public meetings and roadshows, while Delhi Chief Minister Arvind Kejriwal and his deputy Manish Sisodia held a town hall with 400 traders to discuss issues faced by them while dealing with the civic body.

The SEC officials said poll authorities and its teams were all set for the big day on Sunday and adequate arrangements for deployment of forces has been done.

The Commission on Friday said it has made elaborate arrangements for safe, secure and pleasant voting experience of people. These measures are required to keep the electoral field free and to ensure that a level playing field is afforded to all political parties and candidates.

This is also the first civic polls being held in the national capital after the February 2020 riots in Delhi, and as per data shared by officials, 3360 booths, spanning 493 locations, have been identified in critical or sensitive categories.

For the MCD polls, “nearly 40,000 Delhi Police personnel, about 20,000 home guards and 108 companies of CAPF and SAP are to be deployed”, a senior police official said.

According to a report by Association for Democratic Reforms (ADR), a few days ahead of the polls, the BJP has the highest number of millionaire candidates in the fray, followed by the AAP and the Congress.

Of the top three richest candidates, two from the BJP and one from the AAP.