The NCW, in a notice, had summoned Italia at 12:30 pm over a purported video clip alleging that in the video Italia had used an “indecent word” against Prime Minister Narendra Modi. 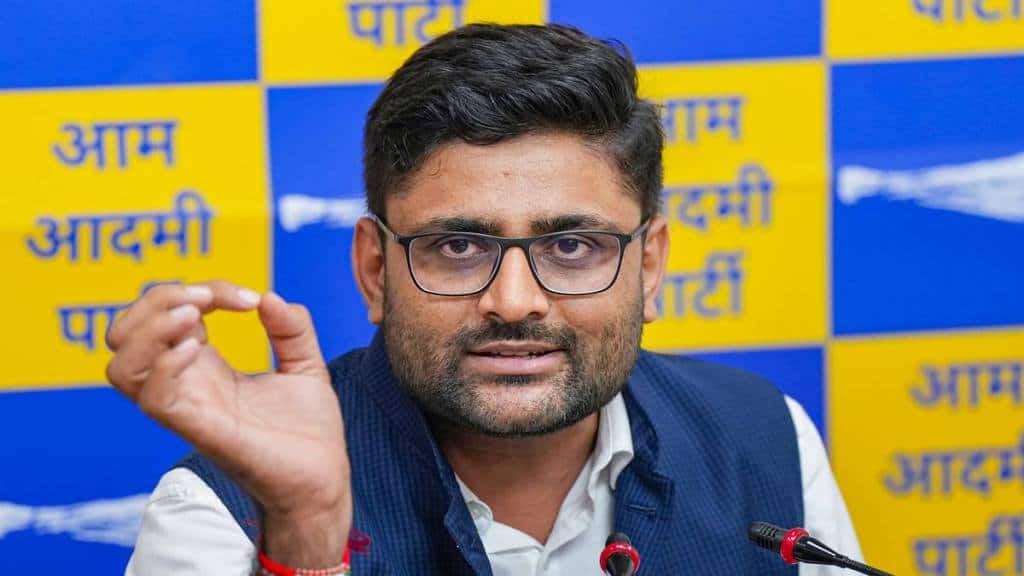 The Delhi Police on Thursday picked up Aam Aadmi Party’s Gujarat unit president Gopal Italia from the National Commission for Women (NCW) office and detained him for questioning for over two hours, reported The Indian Express. The police stated that Italia was detained to “control the situation” outside the NCW office where several AAP workers had gathered.

A senior police officer told IE that they received a call from NCW officials who alleged that AAP workers supporting Italia were creating a ruckus outside the office. “We went to the spot and had to detain him to control the situation. He was released after two-and-a-half hours,” the cop said.

Also Read: FE Exclusive| AAP the only alternative in Gujarat, people have made up their mind: Gopal Italia

Italia had claimed that he was “threatened and treated indecently” by NCW chairperson Rekha Sharma after he appeared before her, adding that the reason was that he is a “Patidar and his community members have come out in support of the Arvind Kejriwal-led party” ahead of the upcoming Gujarat elections that is scheduled later this year, according to PTI. However, Sharma has denied the allegations, saying that the AAP Gujarat chief was given “enough time” to reply to his abusive tweet, adding that his oral and written statements were contradictory.

The NCW, in a notice, had summoned Italia at 12:30 pm over a purported video clip alleging that in the video Italia had used an “indecent word” against Prime Minister Narendra Modi. The video clip was shared by BJP leader Tajinder Singh Bagga. In the notice, the NCW said that the “abusive language” used was “gender biased, misogynistic and extremely shameful, condemnable”, according to the IE report. The report further said that in the purported video, Italia is alleged to have called PM Modi a “neech aadmi”.

Meanwhile, the AAP came out in support of Italia. AAP national convener and Delhi Chief Minister Arvind Kejriwal on Thursday tweeted (in Hindi), “Following the arrest of Gopal Italia, the entire Patel community in Gujarat is fuming with rage”.

Also Read: Gujarat: Campaigning heats up ahead of announcement of Assembly election dates

After he was released, Kejriwal tweeted again saying, “They had to release him following pressure from people of Gujarat. People of Gujarat have won.”

Meanwhile, as per IE, NCW in a statement said that Italia had “refused to accept that the video concerned is his and insisted that it could have been edited.”