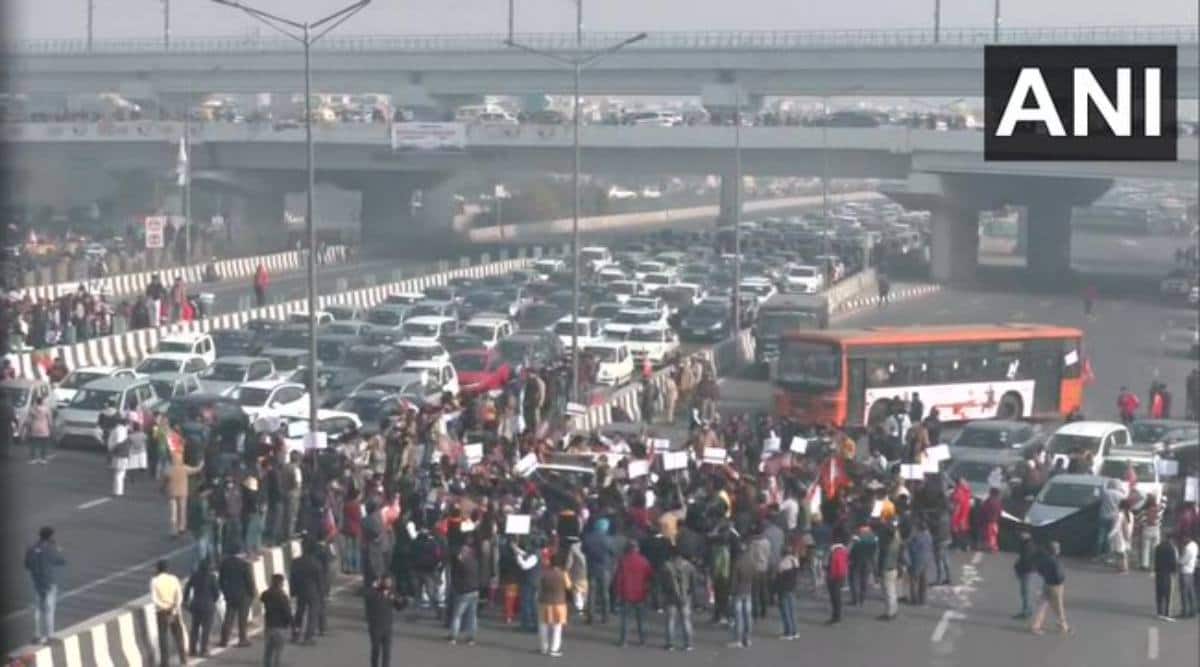 “The Delhi government is opening liquor shops illegally across the city under its new excise policy. Shops are being opened near residential and religious places. Our protest will continue until the new liquor policy is rolled back,” Gupta told reporters.

Hitting back, Delhi Deputy Chief Minister Manish Sisodia said the BJP was “in pain” because the government’s new excise schemes had stopped trade of illicit liquor in the national capital. “BJP always had a link with alcohol mafia. Illegal alcohol was sold at many places by BJP. With CM Kejriwal’s schemes stopped Rs 3500 crores of money from being stolen, so BJP is in pain,” he said.

A commuter, who was stuck on National Highway 24, said, “There is a heavy traffic jam on NH-24. Most of the roads are blocked by the protesters and it is causing inconvenience to people like us who need to reach office on time.”

Asked about the commuters facing trouble due to the protest, Gupta claimed that it is a public movement and that people are ready to bear with it in order to get rid of the new excise policy of the Aam Aadmi Party (AAP) government.

Other locations where the “chakka jam” protest is being conducted include the Car Bazar at Vikas Marg, Dayaram Chowk and Civil Lines.

The protesters raised slogans against the city government and its new excise policy. They also made repeated announcements that all emergency vehicles should be given way and no harm should be caused to public property.

On Saturday, Delhi BJP president Adesh Gupta alleged that the city government is opening liquor shops “illegally” across the city under the new excise policy.

Gupta said that three municipal corporations — which are ruled by his party — will not allow opening liquor shops under the new excise policy in non-conforming areas or if they are coming up in clear violation of master plan 2021. He also said that liquor shops located in close vicinity of a religious place or a school will not be allowed.

Next Story
Pegasus row: SC panel asks citizens to contact it by Jan 7 if they suspect their devices infected by malware