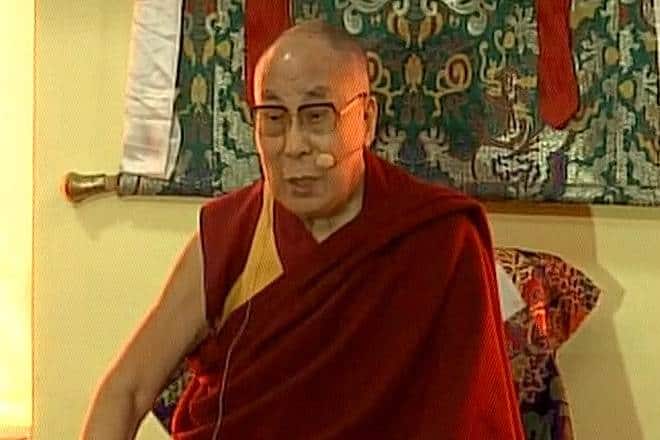 The exiled Tibetan Buddhist spiritual leader said on Saturday that he really admires India Prime Minister Narendra Modi’s work. He praised the PM for his activeness and said that he is doing a great job for the Indian farmers. Talking about the importance of developing the rural areas, Dalai Lama said that is one area where the government should focus. “Admire PM Modi, he is quite active & talking of interest of farmers which is good. India’s shld focus on development in rural areas,” Dalai Lama told ANI.

Earlier in the day, he said only his followers will decide whether the office of the Dalai Lama exists in the future and not China. During a visit to the northeast Indian town of Tawang, the second-highest seat of Tibetan Buddhism, the Dalai Lama denied that he had any knowledge of where his successor would be born. Asked if the next Dalai Lama could be a woman, he said, “That might also happen.”

“They will decide whether the tradition continues or not,” he told reporters in Tawang, located in India’s remote northeastern state of Arunachal Pradesh. The Dalai Lama is on a weeklong visit to Arunachal Pradesh despite objections by China, which considers the state a disputed region. On China’s claim on the next Dalai Lama, he said, “Let China first come clear on its theory on rebirth.”

The Dalai Lama said that he has nothing to do with politics, and that it was the Tibetan self-declared government-in-exile that handled all political matters, including the Tibetan cause. “I retired from politics in 2011 and all political matters are handled by our government-in-exile,” he said. “However, I am committed to promote and preserve Tibetan culture and ecology,” he added. The Dalai Lama and his followers have been living in exile in the Himalayan town of Dharamsala in northern India since they fled Tibet after a failed 1959 uprising against Chinese rule.

(with input from agency)