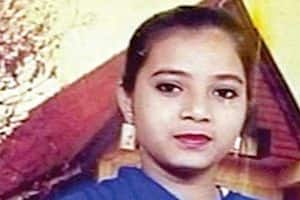 According to reports, the Delhi Police has initiated a probe into the case of missing documents pertaining to the sensational Ishrat Jahan encounter that took place in 2004. (PTI)

Magistrate DR Vyas said as the court had not taken cognizance of the chargesheet, it could not give him a copy. The court had, in March, rejected Verma’s first application on the same ground.

The IPS officer, who had assisted the CBI in the probe of the case, had last week filed a fresh application, seeking a copy of the chargesheet, saying he wanted to ensure that the trial in the case began and concluded “expeditiously”.

The Sessions Court had allowed Verma to inspect the first chargesheet, but on CBI’s appeal, the High Court had overturned the order.

Proceedings against the accused named in the second chargesheet — four officers of the Intelligence Bureau — are yet to start as the Centre has not given nod for their prosecution.

Verma had said he wanted to challenge the delay in grant of sanction so that the trial was expedited.

A special investigation team (SIT), constituted by the Gujarat High Court, had concluded that it was a “fake” encounter and handed over the case to the CBI.