Majithia, who was earlier granted interim bail in a drugs-related case, claimed that a conspiracy was made to frame him. 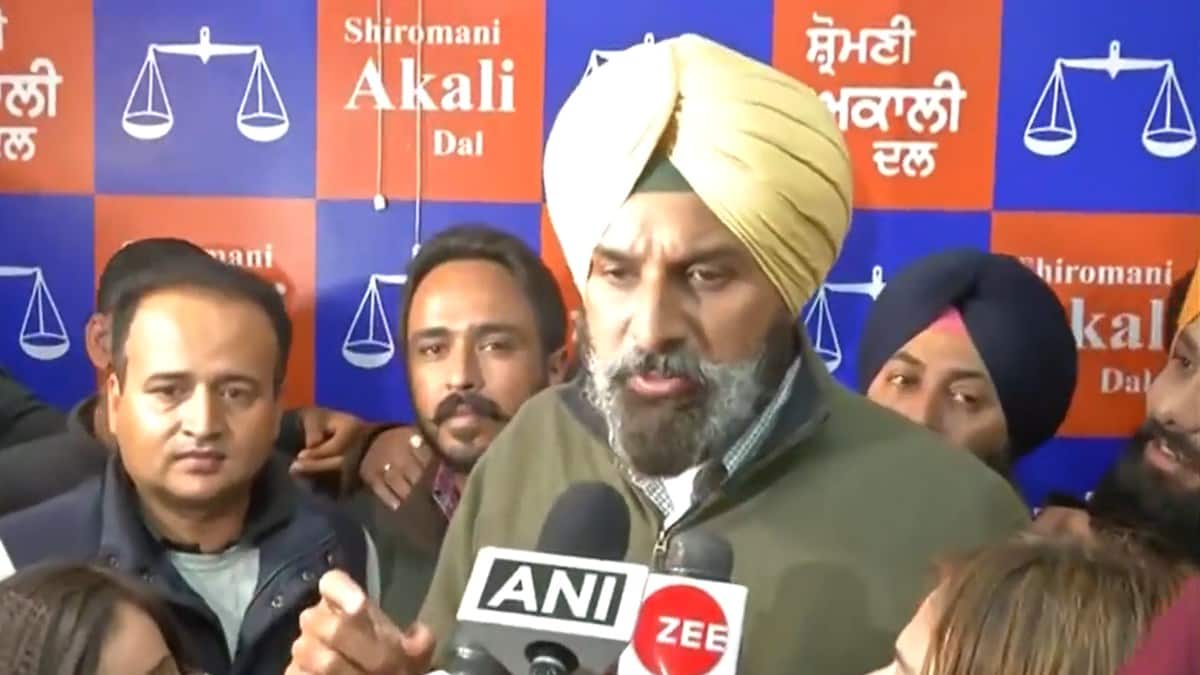 Shiromani Akali Dal leader Bikram Singh Majithia today claimed that a plan was hatched in the office of Punjab Chief Minister Charanjit Singh Channi’s office to embarrass Prime Minister Narendra Modi and the BJP. Majithia, who was earlier granted interim bail in a drugs-related case, claimed that a conspiracy was made to frame him. Speaking to the media today, Majithia also said that Channi and state Congress chief Navjot Singh Sidhu knew his whereabouts.

“When you make incompetent officials DGP of the state, everyone was aware that they won’t feature in the UPSC panel’s recommendations. The chief minister is traveling daily in Punjab and he was never stopped for 20 minutes anywhere. There was no road blockage for him. If roads could be cleared for the chief minister, then why not for the PM? This happened because a plan was made in the chief minister’s office to embarrass the PM & BJP. Have you ever heard that the PPCC president (Navjot Singh Sidhu) was stopped for 20 minutes? This planning and plotting may have endangered the life of the prime minister,” alleged Majithia.

He said that Channi has himself removed the DGP now. “He was first used and then thrown. If a right inquiry is done, it was not about Narendra Modi ji alone, it’s about the prime minister’s chair. It’s a constitutional post. The most protected person is the prime minister of your company. You made fun of it in the whole world and that too only for the sake of your politics,” said Majitihia.

The SAD leader also said that he will stand by the truth and claimed that CM Channi and Sidhu were aware of his whereabouts. “For the first time in history, 4 DGP were changed in three months. The chief minister along with other ministers created a conspiracy to frame me, to save their posts. But I always stand by the truth and law……A lookout notice was issued against me. They don’t even know that I don’t have a valid visa on my passport. They kept doing drama after drama. I did not go anywhere. You could have asked about me from these two (Sidhu and Channi). Rahu and Ketu both knew my whereabouts,” said Majithia while responding to the question of his appearance before the investigating officer (IO) on January 12.