A senior party leader said most people in the party want Rahul Gandhi to become president again but there have been no indications from him that he has changed his stance on the issue. 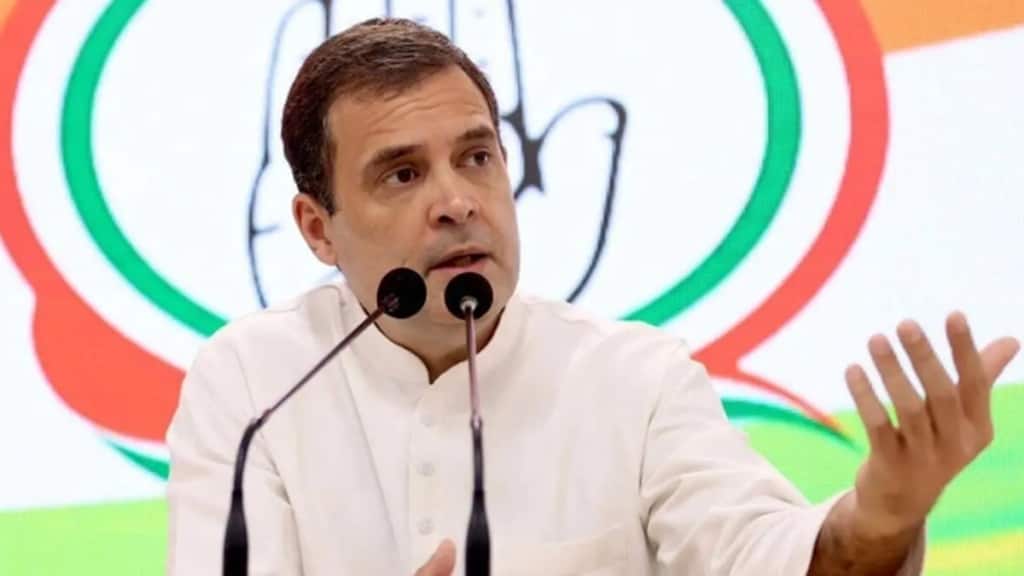 The reluctance of Rahul Gandhi to contest and return as president has led to a delay in the announcement of a date-wise schedule for the poll process.

Will he, will he not? That is the question on every Congress leader’s mind as Rahul Gandhi has still not indicated whether he is ready to take on the mantle of party presidency.

Congress’ Central Election Authority chairman Madhusudan Mistry said the Congress Working Committee, the party’s highest decision-making body, will decide the date of the election of president and the exact schedule.

“The list of delegates (who will vote) is ready. From our side, we are ready, it is the CWC that has to decide the date,” he told PTI.

Most party leaders, including those known to be close to Gandhi, are unable to say with confidence whether he would give into the demands of workers and contest the party presidential poll or not.

Sources said his stand of not taking on the mantle of party presidency was unchanged till a few days ago.

A senior party leader said most people in the party want Rahul Gandhi to become president again but there have been no indications from him that he has changed his stance on the issue.

A school of thought is also emerging from within the party that in case Rahul Gandhi does not agree to become president, Sonia Gandhi should continue at the helm.

In that case she could be assisted by a couple of senior leaders in the day-to-day functioning who may be given an official role like that of working president, a senior leader said.

There will be clarity on the issue within the next week, the leader, who spoke on condition of anonymity, said.

Political commentator Rasheed Kidwai said the election to party president in India is not as democratic as it seems to be and it seems to be the case across party lines.

“In the case of the Congress, the person now elected will be the president till 2027. The second issue is that with what the Opposition has said vendetta politics taking place and Enforcement Directorate raids, party leaders feel the Gandhis cannot be left to fend for themselves. If one of them remains at helm it becomes difficult to orchestrate such actions against them,” Kidwai told PTI.

As far as Rahul Gandhi is concerned, he has given the right kind of reasons for not accepting the post and there is also a sort of anti-dynastic mood in the nation so that makes him a “weak candidate”, said Kidwai, author of several books, including “24 Akbar Road: A Short History Of The People Behind The Fall And Rise Of The Congress”.

Some people think that it may be best that Sonia Gandhi continues at the helm and around two-three working presidents are appointed, he said.

Manindra Nath Thakur, an Associate Professor at the Jawaharlal Nehru University’s Centre for Political Studies, said the Congress is facing a “catch 22 situation”.

“Sonia Gandhi is on her way out, she has health issues. The problem with Rahul Gandhi is that the moment he becomes party chief he would be the target of attacks from rivals and the family does not have a trusted man like Manmohan Singh. That is the big problem facing the party,” Thakur told PTI.

Rahul Gandhi’s graph has improved outside party presidency tenure but the Gandhi family will have to find a trusted leader but another problem is that the moment the leadership goes out of their hands it is very difficult to keep everybody united, he said.

It seems the only option is to have Sonia Gandhi as president and some leaders to assist her, Thakur said, adding the problem with that is it would not enthuse people and bring in energy which the party needs, Thakur said.

The Congress had announced that the election to the post of party president would be held between August 21 and September 20, but with just days to go for the process to kick in, uncertainty is writ large on the rank and file of the party as to who would assume the mantle of party president.

If not Rahul Gandhi, then who? Party leaders and workers are also grappling with this question and prepping for a scenario in which a person from outside the Gandhi family is to be made chief. Speculation is rife with names such as Ashok Gehlot, Mallikarjun Kharge, Mukul Wasnik and Kumari Selja doing the rounds.

After a crucial meeting of its working committee, the Congress had announced in October last year that the election of the new Congress president will be held between August 21 and September 20 this year.

Rahul Gandhi had resigned as Congress president after the party suffered its second consecutive defeat in parliamentary elections in 2019. Sonia Gandhi who took over the reins of the party again as interim president had also offered to quit in August 2020 after an open revolt by a section of leaders, referred to as G-23, but the CWC had urged her to continue.

There have been several calls by leaders publicly exhorting Rahul Gandhi to become party chief again but uncertainty and suspense continue to loom over the party’s presidency conundrum.