Congress is mulling to airlift two of its seriously ill MLAs to Madhya Pradesh to cast their votes in the June 11 Rajya Sabha polls. 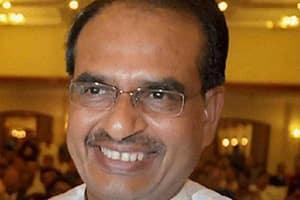 Congress is mulling to airlift two of its seriously ill MLAs to Madhya Pradesh to cast their votes in the June 11 Rajya Sabha polls.

“We have plans to bring our leader in the House Satyadev Katare, undergoing treatment at a hospital in Mumbai, and MLA Govardhan Upadhyay, who is at a hospital in Indore, by air ambulances to the state Assembly to vote,” MP Congress chief spokesman K K Mishra told PTI today.

“We have learnt that BJP is trying hard to defeat our candidate and might even indulge in horse-trading,” he alleged.

Congress has 57 MLAs in the House. Each candidate needs 58 votes to sail through in the poll.

Congress MLA, Ramesh Patel, is in jail and the party has moved the High Court to enable him to vote.

Earlier, amid speculations that some Congress MLAs might cross floor, the party convened a meeting of its legislators two days back in Bhopal, in which five did not turn up, citing different reasons.

Congress has deputed its senior leader and former Union minister Kamal Nath, who is going to camp here from tomorrow and stay put, to see that Tankha wins the election.

The state BJP is backing its leader Vinod Gotia, who is fighting as Independent candidate and is short by nine ballots to sail through, apart from its two official candidates – senior journalist M J Akbar, and Anil Dave.

The BJP has convened a meeting of its 166 members at Chief Minister Shivraj Singh Chouhan’s official residence tomorrow evening.

Rajendra Meshram, one of BJP’s law makers, has been forbidden to exercise his franchise following a Supreme Court order, a state Assembly official told PTI today.

Of the total 230 MLAs in MP Assembly, Meshram can’t cast his vote, he added.