Congress levels poaching allegations in Gujarat ahead of polls, BJP blames it on ‘internal bickering’

The Congress, which won 77 seats in the 2017 polls has been reduced to 65 due to defections. The assembly elections in Gujarat will be held around November this year. 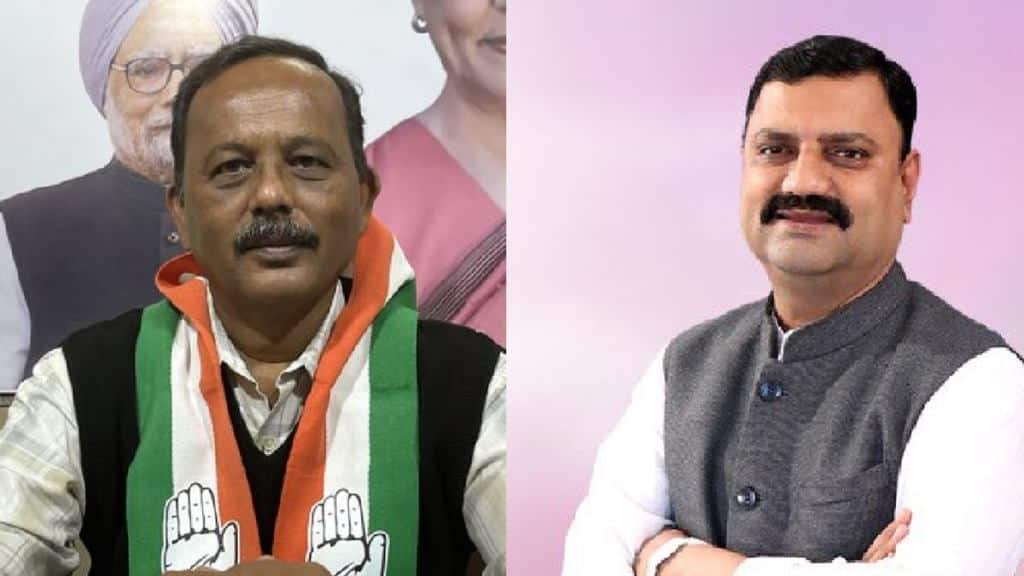 Congress spokesperson said that the BJP government can try all it wants to create a conducive environment through advertisements but that cannot change the ground realities.

Charges are flying thick and fast in the run-up to the assembly elections in Gujarat scheduled for later this year. Days after Sanyam Lodha, pro-Congress independent MLA from Rajasthan’s Sirohi, alleged attempts by the BJP to poach MLAs of the Congress MLAs, the grand old party reportedly swung into action and held a meeting of senior Gujarat Congress leaders in New Delhi. The meeting was chaired by party president Sonia Gandhi.

Lodha had alleged that the BJP is in touch with 10 Congress MLAs in Gujarat.

Speaking to FinancialExpress.com, a Congress spokesperson denied the report that the meeting was held to discuss the possible poaching by the BJP.

The Congress party has planned two padyatras -Aazadi Gaurav Yatra from Gandhi Ashram in Gujarat to Delhi covering 1200 km between April 6 to June 1 and Gandhi Sandesh Yatra from Champaran in Bihar to Beliaghata in West Bengal covering a distance of around 800km between April 17 to May 27.

“Today’s meeting with Sonia Gandhi was to discuss our upcoming padyatra to celebrate the 75 years of independence. The padyatras will commence next month from Gujarat and Bihar. To celebrate that, we had formed a committee and its details were discussed during the meeting,” said Doshi.

However, Doshi did not deny the rumours completely. Alleging a concerted effort by the BJP to break or poach Congress MLAs, Doshi said, “If you look in the past, the BJP claimed that it would win 151 seats in the 2017 polls but could not achieve that democratically. So they tried to poach the Congress MLAs. BJP will keep trying to do so time and again as they are losing public support. People are angry with the government – farmers are distressed, youth are unemployed, right to education is not available to all, women’s security is a big issue,” Doshi said.

Alleging a complete policy paralysis in the government, the Congress spokesperson said that the BJP government can try all it wants to create a conducive environment through advertisements but that cannot change the ground realities. “Therefore, they will try to break Congress MLAs, threaten them with cases, and create an atmosphere of fear in the opposition camp. The BJP’s behaviour so far has been of threats and of hooliganism. But I am saying it with confidence that the BJP will not succeed in it.”

He claimed that no Congress MLAs will think of switching sides in the present scenario as the elections are near and the people are angry with the BJP.

On the other hand, the BJP denied approaching Congress legislators and claimed that the grand old party’s internal fight will cause its own demise. Bharat Boghara, vice president, Gujarat BJP, alleged that the Congress has failed to keep its flock together.

“The BJP never asks any Congress MLA to join the party. Congress has failed in keeping its flock together. The internal war within Congress is so exhaustive that its MLAs themselves are leaving the party. BJP is not approaching Congress MLAs. In fact, the situation is such that all Gujarat Congress MLAs are in touch with the BJP. It’s the BJP that is deciding whom it should take and whom not,” Boghara told Financialexpress.com.

The BJP leader further said that the Congress party is completely broken in the state and does not trust Rahul Gandhi and Priyanka Gandhi.

“They believe that Rahul Gandhi is their driver and their bus will meet with an accident. So, there is an environment of panic and exodus in Congress. For example, in a recent training program of Youth Congress, when Hardik Patel stood to address them, many who were present at the event stood up and left the event. Their internal fight will finish Congress,” he alleged.

He said that the saffron party has prepared its master plan to win all 182 seats. “Our team is working under the chairmanship of Patil ji (Gujarat BJP chief CR Patil). The Gujarat BJP has readied every single page committee, every booth, our organisation is ready. Congress is nowhere. They have no coordination.”

Reacting to a question on the aggressive campaigning by the Aam Aadmi Party in the state, Boghara said that AAP holds no ground in Gujarat. “They tried hard in the Gandhinagar election but could not win a seat. In Surat, they won seats earlier held by the Congress and later their corporators joined the BJP. There is no organisational presence of the AAP in Gujarat,” he said.

The Congress, which won 77 seats in the 2017 polls has been reduced to 65 due to defections. The assembly elections in Gujarat will be held around November this year.