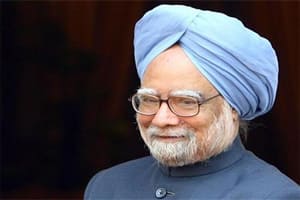 Congress today launched a veiled attack on Prime Minister Narendra Modi as it congratulated his predecessor Manmohan Singh for being chosen for one of Japan’s top national awards saying that the “world values work not just rhetoric”.

Maken, who is the chairman of AICC’s media department, also accused the media of ignoring the rare honour to the party leader and former Prime Minister.

“Dr Singh getting highest civilian award in Japan. National media ignores it! The Nation Wants to Know: Is Media Patriotic or just BJP Bhakt?” he said in another tweet.

Singh will be awarded Japan’s ‘The Grand Cordon of the Order of the Paulownia Flowers’ for his “significant contribution to the enhancement of relations and promotion of friendship” between Japan and India for about 35 years.

It is a “high level National Order” and a rare honour awarded to those who are recognised for their distinguished contribution, a Japanese Embassy statement has said.