The death of 22 security personnel in a Naxal ambush along the Sukma-Bijapur border in April, protest by tribals in Silgar and anti-mining agitation in Hasdeo Aranya forest area dominated headlines during the year. 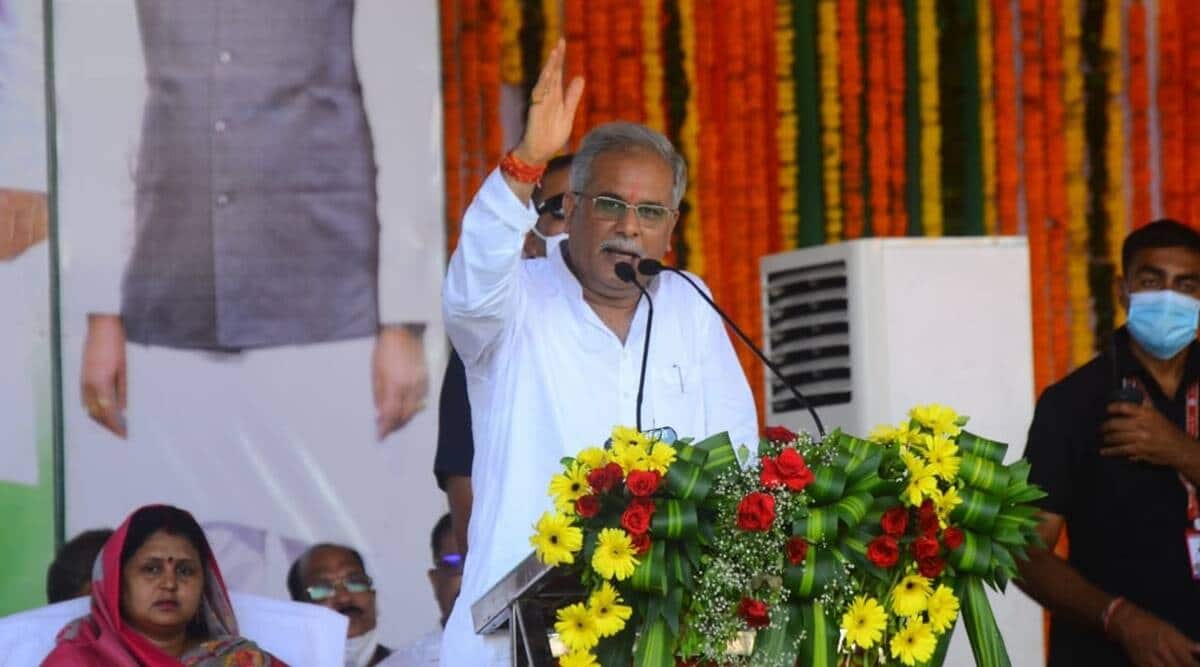 The Congress-ruled government in Chhattisgarh tackled coronavirus pandemic and Naxal violence during the year, and also speculation over leadership change amid talk of a “power-sharing formula” between Chief Minister Bhupesh Baghel and health minister T S Singh Deo.

The death of 22 security personnel in a Naxal ambush along the Sukma-Bijapur border in April, protest by tribals in Silgar and anti-mining agitation in Hasdeo Aranya forest area dominated headlines during the year.

Residents of over 20 villages gathered in Silgar in May to protest against the setting up of a CRPF camp. Three people were killed in firing after protesters clashed with security forces.A biodiversity report suggested that the Hasdeo Aranya coal field be declared a ‘no-go-area’. Activists claimed the state government was keenly pushing for permissions for the coal blocks, two of which have Adani Enterprise as mine developer and operator.

The ruling party projected Chhattisgarh as a model of development and good governance in the country, while trying to keep its house in order in the state. There was speculation that Singh Deo would replace Baghel in June as per the reported “two-and-a-half-year power-sharing” formula.Baghel apparently had the upper hand in the power tussle, and was also appointed by Congress as senior observer for the Uttar Pradesh Assembly elections scheduled next year.

In July, a Congress MLA alleged that his convoy was allegedly attacked in Surguja district at the behest of Singh Deo. The legislator, Brihaspat Singh, claimed that the reason behind the attack was that he had praised Baghel, which was not liked by Singh Deo.Brihaspat, who hails from Singh Deo’s home region Sarguja, withdrew the statement after the development came under the party leadership’s scanner.

Congress leadership summoned Baghel and Singh Deo to Delhi. Resolving the internal tussle in Chhattisgarh became another headache for the leadership after tackling rifts in Punjab, Rajasthan, Haryana, Jharkhand, Madhya Pradesh and Karnataka.Covid scare continued as the year began, with cases surging in March. Chhattisgarh was among the worst-hit states during the second wave with 5,89,615 infections and 7,693 deaths. As the year ended, the state case count stood at 10,07,517 as of December 23, while the death toll reached 13,596.

The opposition BJP targeted the state government over handling of the pandemic. The images of bodies left lying at hospitals and crematoriums in Raipur and Durg indicated the way the administration was grappling with the situation.The BJP also blamed the state government over the alleged rising incidents of religious conversion. The issue snowballed into a major controversy following Sukma SP’s assertion in July that Christian missionaries were involved in encouraging the practice.

The BJP claimed that considerable religious conversions are being carried out under the shelter of the Congress-led state government.There was violence in Kawardha during a rally organised by right-wing outfits in protest against a clash between the people belonging to two communities over the removal of religious flags from a thoroughfare in the town on October 3, causing destruction of properties. A curfew was imposed following the violence.

The arrest of the chief minister’s father Nand Kumar Baghel for allegedly making derogatory remarks against a community also gained media attention. The CM said he was pained, but asserted that nobody was above law and police will take appropriate action in the matter.

The state government also announced that former Chhattisgarh High Court judge Satish K Agnihotri will head a judicial commission reconstituted to probe the Jhiram valley massacre of 2013, in which 29 people, including top state Congress leaders, were killed by Maoists.