Congress to have CM face in Punjab, says Rahul Gandhi after Channi-Sidhu’s show of unity

Sidhu, who addressed the rally first, said that the party should make clear who will implement Punjab’s agenda. 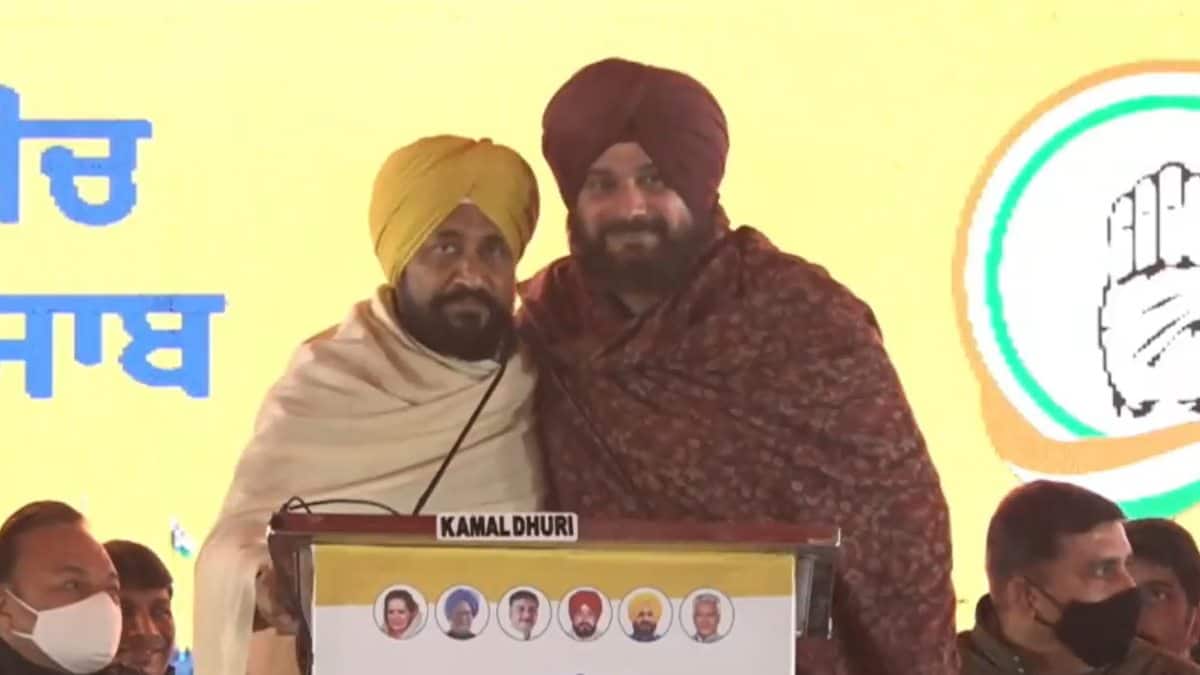 Hugging Sidhu at the dais, Channi said that there is no fight among the Congress leaders.

Congress leader Rahul Gandhi, who was in Punjab yesterday, announced that the party will project a chief ministerial face for the assembly elections in the state. Rahul’s statement comes as a departure from its stand of collective leadership going into polls. The announcement also assumes significance in view of the differences between CM Charanjit Singh Channi and party state chief Navjot Singh Sidhu.

Addressing party workers during his visit Thursday, Rahul said that a decision will be taken soon after consulting party leaders. Channi and Sidhu were present at the event Rahul addressed.

“There is no fight among us. Every hand of the Congress party will work for the welfare of Punjab and to give Punjab a good government. Rahul Gandhi ji, I will sacrifice my life for Punjab,” said Channi while addressing the virtual rally in presence of Rahul Gandhi.

He added, “I have come up from the streets to this position, I don’t need any post. You choose anyone, I will stand by that person. But announce one face, as people want to know the face.” Channi said that he had already got a lot when the party appointed him CM.

Sidhu, who addressed the rally first, said that the party should make clear who will implement Punjab’s agenda. He said that if the party announced a face, it would guarantee that the Congress wins at least 70 seats in Punjab. He also urged Rahul Gandhi to empower him to take decisions and not reduce him to a showpiece.

Addressing the rally, Rahul Gandhi said that both Channi and Sidhu had asked him to name a face who would lead the Congress in the state. “We will ask Congress workers to decide the Punjab Chief Ministerial candidate,” said Rahul. The former Congress president said that the party doesn’t do this but if the party workers and Punjab want it, the party will take a decision on the CM face.