Advocate General D S Patwalia, appearing for the Punjab government, said the state was not adversarial to the litigation and was of the view that the issue was a serious one and cannot be brushed under the carpet. 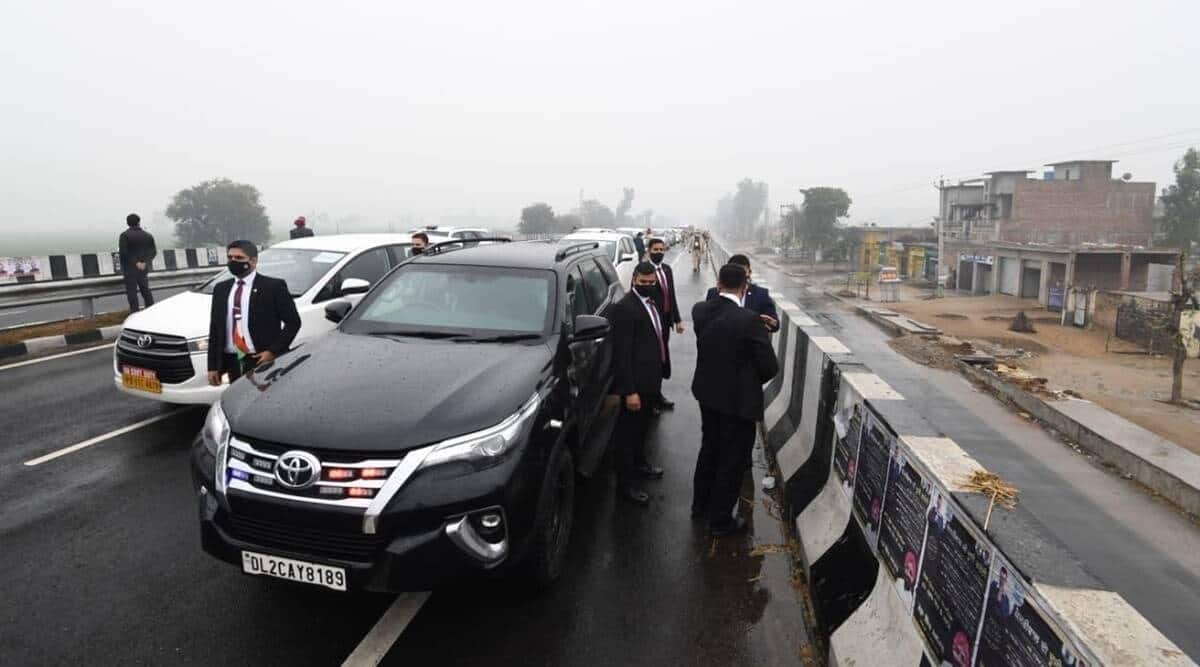 In a "massive security breach" on Wednesday, the PM's convoy was stranded on a flyover due to a blockade by protesters in Ferozepur after which he returned from poll-bound Punjab without attending any event, including a rally.

The Centre on Friday supported a petition in the Supreme Court for a thorough probe into a “massive security breach” during Prime Minister Narendra Modi’s recent visit to Punjab, and sought involvement of the NIA in the investigation as there was a possibility of “international terrorist angle” and it was a unique case that had the potential to cause “embarrassment”. A bench headed by Chief Justice N V Ramana, which orally directed the Centre and the Punjab government to stop their inquiries till January 10, was told by Solicitor General Tushar Mehta on behalf of the central government that the prime minister’s convoy started from Bhatinda by road on January 5 only after an assurance was given by the Director General of Punjab Police that the route was clear.

The law officer also pointed out that one Pannu claiming to be the chairman of the banned terrorist organisation Sikhs for Justice (SFJ) based in the US and the UK had already circulated a video much before the visit of the prime minister. “There being a possibility of an international terrorist angle, the involvement of National Investigating Agency (NIA) would be absolutely necessary,” the law officer said. He sought a direction that all documents concerning the movement of the prime minister from Bhatinda onwards in the form of wireless messages, register entries be collected by a neutral person who should be assisted by an officer of the NIA. “This is a sui generis (unique) case which could have caused international embarrassment and pointed out that whenever the prime minister’s convoy travels by road, the SPG first consults the Director General of the concerned State to know whether the route on which the Hon’ble prime minister is to travel is clear from the safety point of view,” the law officer said. In a “massive security breach” on Wednesday, the PM’s convoy was stranded on a flyover due to a blockade by protesters in Ferozepur after which he returned from poll-bound Punjab without attending any event, including a rally.

Advocate General D S Patwalia, appearing for the Punjab government, said the state was not adversarial to the litigation and was of the view that the issue was a serious one and cannot be brushed under the carpet. “Though I have serious issues with the contents of the petition, the state is not taking this issue lightly, there has been a lapse somewhere, and the state is doing everything to look into it,” he said, adding that if some officers have to face the “flak” so let them face it. The solicitor general, during the hearing, said that the inquiry ordered by the Ministry of Home Affairs was an internal one and may be permitted to continue. Referring to the security protocol, Mehta said ahead of the prime minister’s convoy, a ‘warning vehicle’ always travels which remains at the distance of 500 metres to 1 km of the convoy. “Any threat to the security of the prime minister en route is required to be reported by local police to the warning vehicle so that the warning vehicle can, in turn, inform through wireless message to the convoy to stop further movement of the prime minister,” he said. In the present case, though the local police personnel were present at the site of the blockade, but they were seen having tea with those who gathered there and did not intimate the warning vehicle about the blockade to immediately stop the movement of the prime minister’s convoy, he said.

“The blockade came to be known only when the convoy reached the flyover itself,” the solicitor general said. He said visualising a situation in which one side of the flyover was blocked by a huge mob and if a similar mob would have gathered on the other side of the flyover with the protectee stuck on the flyover, this would have caused a serious mishap. Even the Punjab government has admitted security lapse on their part, Mehta said, adding, “The serious concern is whether this lapse is deliberate or due to inefficiency or due to external terrorist forces.”

The state government said that it was not taking this issue lightly and if there has been a lapse somewhere, then that will be looked into. The state law officer said that he has no objection to the apex court ordering an investigation or appointing a person to monitor the probe. “One of the officers of Centre’s committee is S Suresh, he was responsible for overall security, our contention is he cannot be a part of the committee too. I am not joining the issue on anything, we want it to be investigated,” Patwalia said. The solicitor general responded by saying that the officer concerned can be replaced by the home secretary in the inquiry committee of the MHA which is for internal purposes only.