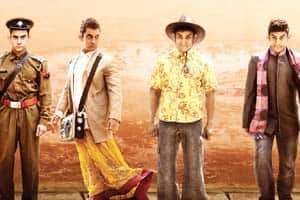 Amid calls from yoga guru Ramdev and Hindu outfits such as VHP and Bajrang Dal to ban the Aamir Khan-starrer PK—and vandals ransacking theatres playing the movie and burning effigies of the actor and posters of the movie—two chief ministers, Akhilesh Yadav of Uttar Pradesh and Devendra Fadnavis of Maharashtra, have said that their governments won’t ban it nor bear with any related vandalism. More than anything else, this sets the template for what the state’s role is in responding to unreasonable and, in fact, damaging ban and censorship calls.

Fadnavis’s, in particular, represents the thinking that governments all across need to have. That he overruled an order from his own minister of state for home, Ram Shinde, for a probe against the movie—all in the face of the fact that those supporting the ban would largely be considered a votebank for his party—underscores the need to keep governance and easy politicking separate. Fadnavis also demonstrated how the autonomy of regulating institutions is to be preserved, saying that the Censor Board certificate for PK erases the need for any probe.

Governments have played the onlooker—with their arms twisted by the political calculations—as demands for such bans descended into law and order situations and blatant violations of an individual/entities rights. It is time to take a cue from the Maharashtra chief minister and hold the law greater than those fanning a community’s “hurt sensibilities”. Then, maybe, we would have lesser book burnings and art galleries/theatre vandalism.