Azam Khan said that the BJP is trying to disturb the environment in Rampur and to create an atmosphere in its favour ahead of the Assembly bypolls. 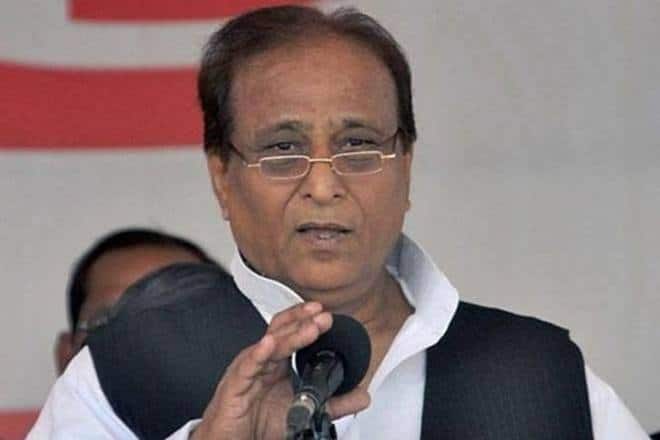 Azam Khan News: Samajwadi Party leader and Rampur MP Azam Khan has accused the Bharatiya Janata Party (BJP) of targeting opposition leaders, days after the Rampur administration declared him a land mafia and raided his Mohammad Ali Jauhar University. Khan said that attempts are being made to disturb the environment in his constituency ahead of the Assembly bypolls and “convert Rampur into another Kashmir”.

Khan said that he was on the radar of the BJP governments (Centre and Uttar Pradesh) because he won the parliamentary elections from Rampur by defeating Jaya Prada. He said that the Samajwadi Party has made gains in Rampur and is poised to win the Assembly bypolls, but the BJP is misusing government machinery to ensure its candidate’s victory.

“My election (from Rampur) has become a matter of prestige for the two governments (Centre and Uttar Pradesh). Therefore, attempts are being made to convert Rampur into another Kashmir,” he told Hindi daily Navbharat Times.

Khan said that the BJP is trying to disturb the environment in Rampur and to create an atmosphere in its favour ahead of the Assembly bypolls. Khan was an MLA from Rampur assembly seat before he won the Lok Sabha elections from here. He even said that the Rampur district administration was helping the BJP to win the upcoming bypolls.

“They (BJP) couldn’t win the Lok Sabha election. The SP and DM have promised to the BJP to ensure its victory. The BJP gains from me. Everything against me here is planted,” Khan said.

Khan is facing the heat for allegedly acquiring land forcibly from farmers in Rampur to set up the Jauhar University when the SP was in power in the state. More than two dozen farmers have filed cases against Khan following which the Rampur administration placed his name on the land mafia portal, officially declaring him a land mafia.

Recently, police had raided the Jauhar University of which he is chancellor and recovered books that were stolen from Madrasa Aaliya. However, Khan has claimed that all books were purchased by the university and he was being framed in wong cases.

On action against his son Abdullah Khan, Azam said that his son will fight against all the odds bravely.

“Definitely he will raise his voice against all odds. He was taken into custody twice in the last 24 hours. He will fight with me and continue the fight after me. A weak man is fighting against two governments. I want to ask, what will you get by looting and destroying a university,” he asked.

Abdullah is the son of Azam and an MLA from Suar in Rampur district. He was taken into custody yesterday twice by the police for obstructing the raids. He is also facing the heat for obtaining passport by allegedly providing forged documents.