Businessman dies of heart-attack after ban on Rs 500, Rs 1000 notes 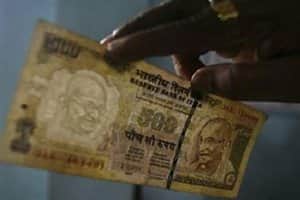 The notes can be used for utility services like water and electricity bills.

News of demonetisation of Rs. 500 and Rs. 1000 notes came as shock to many. A businessman has reportedly died after listening to the news of ban on Rs. 500 and Rs. 1000 notes, News 24 reported. As per the report, the Faizabad-based businessman started feeling chest pain just after the PM appeared on television and announced the big notes as illegal tenders. Family members of the businessman called the doctor, however, his life couldn’t be saved. Prime Minister Narendra Modi on Tuesday appeared on television and declared Rs. 1000 and Rs. 500 as illegal tenders. He asked the citizens to deposit their existing notes into banks and withdraw the new currency. PM Modi announced a “decisive” war against black money and corruption while he assured the common man that their money is safe.

PM Modi said banks and ATMs will remain closed on November 9 and in some places ATMs may remain closed on November 10. PM’s annoucement made people rush to ATMs where money could be withdrawn in Rs 100 notes, trying to avoid being caught without cash over the next few days.  The old notes can be deposited in banks and post offices from Nov. 10 to Dec. 30. Governor of the Reserve Bank of India, Urjit Patel, said he saw no impact on liquidity in the wholesale market and that the bank had ramped up production of the new series of notes over the last few months.