India’s first bullet train between Mumbai and Ahmedabad will benefit the country and its industries, besides giving a boost to skill development, says Achal Khare. 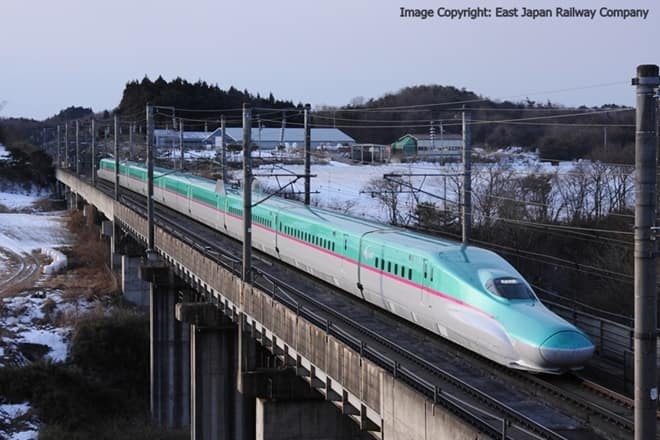 Achal Khare, the MD of National High Speed Rail Corporation Limited highlights the importance of the project and why one can't compare it to Hyperloop.

India’s first bullet train between Mumbai and Ahmedabad will benefit the country and its industries, besides giving a boost to skill development, says Achal Khare the man who is leading the project’s minute-to-minute implementation. In an interview with FE Online’s Smriti Jain, Achal Khare, the MD of National High Speed Rail Corporation Limited highlights the importance of the project and why one can’t compare it to Hyperloop. Edited excerpts:

Why does India need a bullet train? What is its economic viability?

Japan has done a very detailed feasibility study. As per their assessment, the economic rate of return is around 11.8%. So, economically the project shows a good sign. Savings on account of time, reduction in accidents and fuel – all add up. A lot of traffic from the roads is expected to shift to high-speed trains. As of now the project is economically viable.

Wherever Japan has built bullet train (network) in its country, earnings have increased drastically. If the normal growth was 60-70%, the growth in areas where high-speed rail runs is 150%. The overall area gets developed. That opportunity is there in India too. I am hopeful that in addition to the bullet train per se, transit oriented development will happen along the route. A number of hubs will come up. I hope that Virar will get developed into a major hub, because it will have connectivity with Mumbai with hardly 27-28 minutes distance. Boisar is another area that can come up as another major commercial hub. The project also has an element of Make in India. The industry will benefit because of that. We hope that a number of joint ventures will take place.

What are the engineering challenges? Can India absorb 100% of the technology?

There are challenges other than the under-sea tunnel. We are working in Indian Railways territory in Vadodara, Ahmedabad and Sabarmati. We have to work in a very limited area, with train operations on the existing track. Above that we have to build the high-speed network. For example, at Sabarmati, we have to build high-speed train over the rail overbridge and the metro network. There are technical challenges which we are confident we will find solution to with the help of our Japanese colleagues.

What are the roll-out milestones?

Immediately, the training institute will come up in December 2020. It is an integral part of this project because we have to train people for absorption of technology and skills. About 4,000 people will be trained before we commission the project. We will start the land acquisition shortly and the construction will continue even as the institute comes up.

Why did India choose Japanese technology?

Many deliberations were done. The Committee on Innovative Collaboration under the aegis of NITI Aayog has examined this. In a nutshell for common man’s absorption – Japan was the first to develop bullet train in 1964. It has a track record of zero fatalities and accidents. The train’s punctuality (delay record) is less than a minute. That takes care of passengers’ needs. Also, the kind of funding Japan is giving, probably no other country had offered it.

Hyperloop may cut travel time between Vijaywada and Amravati from 45 minutes to 5 minutes; is this radical? Find out

Will existing Indian railway system benefit from the learning of this safety technology?

You cannot put the technology from one place (project) to the other. But the overall work culture can be translated on Indian Railways. So, yes it will definitely benefit the existing India railway system also.

Hyperloop will be tested in Amravati. What is the longevity of a bullet train project? Will it get outdated in the next few years?