“We are building the world’s most extensive public information infrastructure. Over 1.3 billion Indians have a unique digital identity. We are on our way to connecting 6,00,000 with broadband. 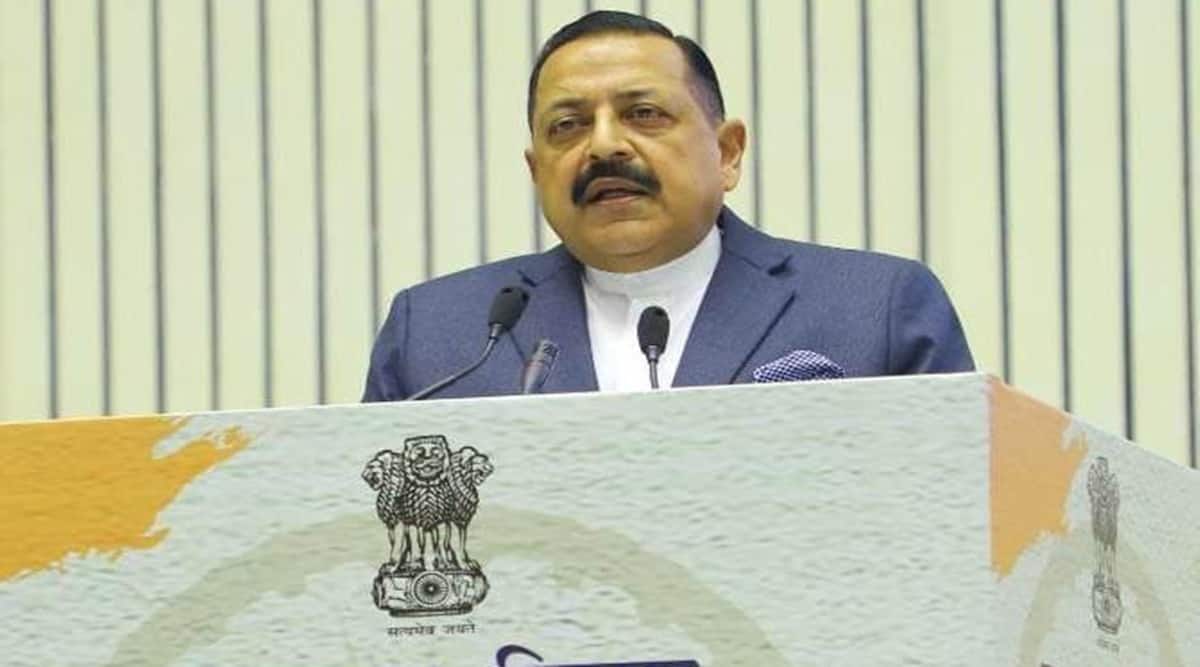 Citizen participation in administration is being done through crowd-sourcing of ideas through hackathons and ideas boxes, said Singh, the Union Minister of State (Independent Charge) Personnel, Public Grievances and Pensions.

Union Minister Jitendra Singh on Saturday said citizen-centric administration is at the heart of the Narendra Modi government’s governance model and it has brought a paradigm shift with the ‘minimum government-maximum governance’ approach.

Citizen participation in administration is being done through crowd-sourcing of ideas through hackathons and ideas boxes, said Singh, the Union Minister of State (Independent Charge) Personnel, Public Grievances and Pensions.

Delivering an address on the occasion of the Good Governance Day at Vigyan Bhawan here, he said, “A lot of information is being shared with citizens through the MyGov.in portal where data sets are updated regularly and the government has been receptive to the feedback that it received from its citizens.” December 25 is observed as the good governance day to commemorate the birth anniversary of former prime minister Atal Bihari Vajpayee.

Singh said citizen-centric administration is at the heart of the Modi government’s.

The Modi government has brought a paradigm shift with the ‘minimum government-maximum governance’ approach in which citizens’ interaction with functionaries of the government was sought to be reduced through digitalisation and consolidation of ministries, he said.

Policy-making functions have been separated from execution, coordinated implementation is being monitored at the highest levels with well-defined accountability and a proper delegation being ensured, the minister said.

“It has been the endeavour of the Modi government over the past seven years to establish that governance can be transformed through digital initiatives, enabling infrastructure and responsive institutions,” he said.

Singh said that as a democracy and a digital leader, India is ready to work with partners for shared prosperity and security.
The country is turning the challenges of the past into an opportunity to leap into the future, he said, highlighting the five important transitions taking place in India.

“We are building the world’s most extensive public information infrastructure. Over 1.3 billion Indians have a unique digital identity. We are on our way to connecting 6,00,000 with broadband.

“We have built the world’s most efficient payment infrastructure, the UPI. Over 800 million Indians use the Internet and 750 million are on smartphones. We are one of the largest consumers of data per capita and have one of the cheapest data in the world,” Singh said.

Second, the government is transforming the lives of the people by using digital technology for governance, inclusion, empowerment, connectivity, delivery of benefits and welfare, he said.

“Recently, we have used technology to deliver over 1.1 billion doses of vaccines, across India’s vast geography using ArogyaSetu and Cowin platforms. We are also building a National Digital Health Mission for affordable and universal healthcare for our billion-plus people. One nation, one card will deliver benefits to the hundreds of millions of workers anywhere in the country.” Thirdly, India has the world’s third-largest and fastest-growing startup ecosystem. New unicorns are coming up every few weeks. They are providing solutions to everything from health and education to national security, the minister said.

“We are also using digital technology for clean energy transition, conversion of resources and protection of biodiversity,” Singh said.
Fifth, there is a massive effort to prepare India for the future, he said, adding “We are investing in developing indigenous capabilities in telecom technology such as 5G.” Singh said the government has taken the bold and visionary initiative of ‘Mission Karmyogi’ which will go a long way in creating civil servants and public administrators.

“As we celebrate ‘Azaadi ka Amrit Mahotsav’, we must work together to make our youth future-ready who will lead India towards the goal of an Aatmanirbhar Bharat,” he added.

Next Story
Election Commission to meet Union Health Secretary ahead of UP poll, rising Omicron concern