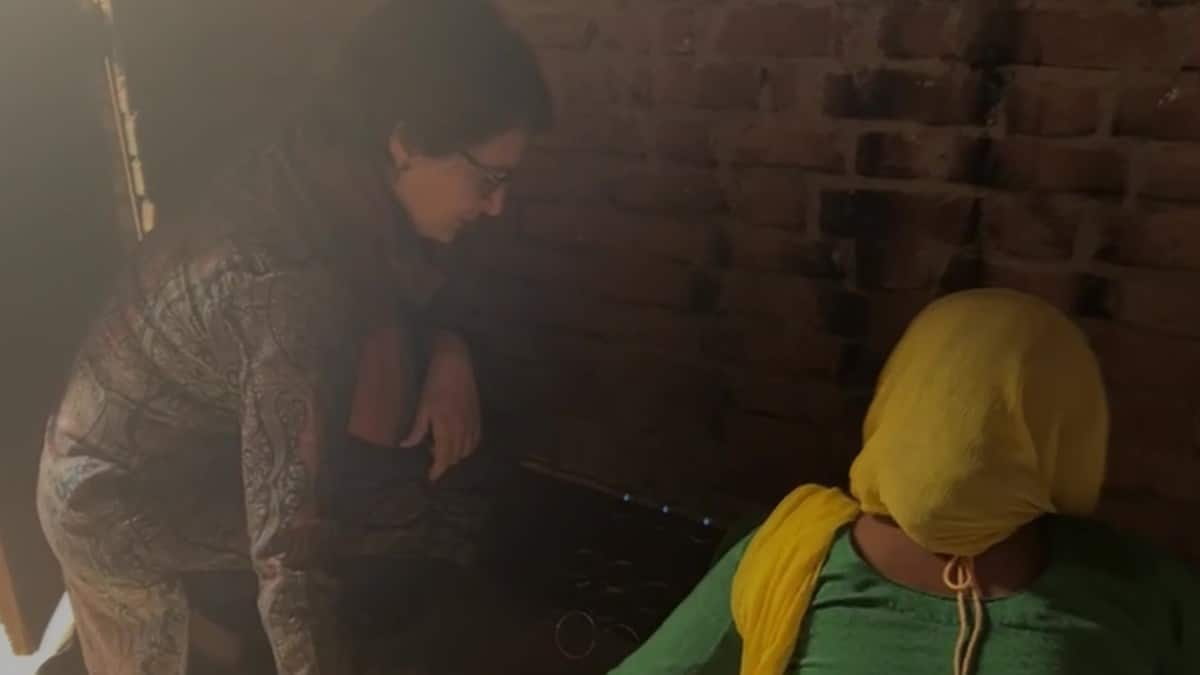 During her interaction, Priyanka Gandhi also asked the women about their daily earning and daily production capacity.

The Bharatiya Janata Party (BJP) took a dig at Congress leader Priyanka Gandhi after a video of her interaction with a bangle maker went viral. Priyanka Gandhi met some women in Firozabad of Uttar Pradesh yesterday. While interacting with the women, Priyanka asks that she has heard that women have been using kerosene oil (for heating purposes). A woman, however, replied that they use LPG as the supply of kerosene oil stopped a long time ago. While the conversation video uploaded on Priyanka Gandhi Vadra’s Twitter handle is almost two minutes long, one that went viral and was shared by the BJP was of 23 seconds.

“Today all the working women like Sitara Jatav of Firozabad, who do bangle making, are facing problems like inflation, slowdown in business and decreasing income. Our Shakti Vidhana (Women’s Manifesto) and Ladki Hoon Lad Sakti Hoon slogans are the voices of women like Sitara Jatav,” said Priyanka while sharing the video on Twitter. During her interaction, she also asked the women about their daily earning and daily production capacity.

Later during an interactive session with women as part of her party’s ‘ladki hoon, lad sakti hoon’ campaign in Firozabad, Priyanka Gandhi said, “They think that by giving one gas cylinder, you will give them votes. When they come to you in elections they never talk about empowerment or betterment. Schemes are announced but not implemented on the ground,” she alleged while referring to the government’s Ujjawala Yojana. She also said that the salary or honorarium of Anganwadi workers, ASHA bahus, Shiksha Mitras has not been hiked nor have their services been regularized.

Sharing the smaller version of the video, BJP Tamil Nadu MLA Vanathi Srinivasan said that even a woman from a village explained the benefit of Ujjwala Yojana to the Congress leader.

“A woman from a village explained to Priyanka Gandhi how Ujjwala Yojana is empowering them while Priyanka Gandhi was looking for some loopholes. Bad luck Priyanka. Keep trying, you will find plenty of stories of Women’s empowerment,” said the BJP MLA.

Ujjwala Yojana has been one of the most ambitious projects of Prime Minister Narendra Modi under which free LPG connections are given to poor women. The programme has been a key poll plank for the BJP since the launch of the scheme in 2016.