Violence broke out at Kawardha, the headquarters of Kabirdham district, on Tuesday during a procession taken out by right-wing outfits. 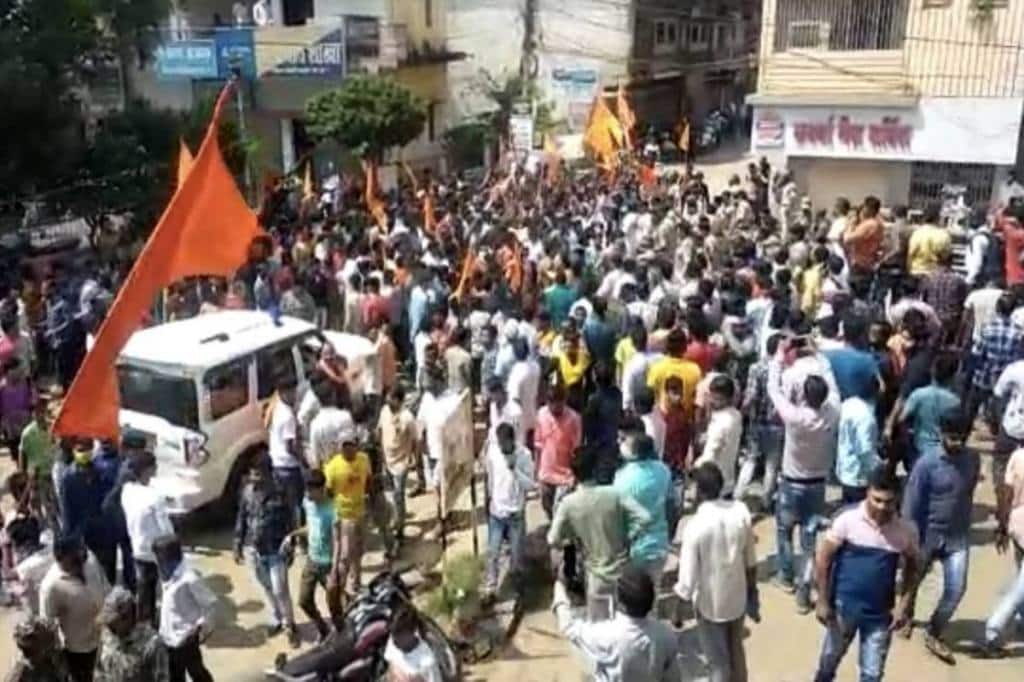 Violence broke out at Kawardha, the headquarters of Kabirdham district, on Tuesday during a procession taken out by right-wing outfits. (Express Photo)

The Chhattisgarh BJP on Wednesday staged a sit-in against the ruling Congress at the district headquarters of Kawardha town on Wednesday against the communal violence that took place on Tuesday. While curfew remains in force in the district, police said that the situation was now normal.

Violence broke out at Kawardha, the headquarters of Kabirdham district, on Tuesday during a procession taken out by right-wing outfits. Defying curfew, a 3,000-strong mob bearing batons and swords, damaged houses and vehicles. This culminated in stone pelting, leaving several people injured. So far 66 people have been arrested, police said.

A delegation of BJP MLAs led by Leader of Opposition in the Assembly Dharamlal Kaushik reached Kawardha on Wednesday afternoon. The district administration stopped them from meeting “affected” families, they said.

Alleging that the protest, which had the party’s support, went out of control because of police “inaction”, the BJP staged a sit-in at the district headquarters. The delegation comprised former ministers Brijmohan Agarwal, Krishnamurti Bandhi and Leader of Opposition Dharamlal Kaushik.

“Internet services have been suspended in the town.. What is happening here, nobody knows. It is `dadagiri’ (bullying) by the administration….We have come just to meet those who were thrashed, but we are not being allowed, therefore we have sat on dharna (sit-in),” Kaushik told reporters.

The trouble started on October 3 after people from two communities clashed over the removal of religious flags from Lohara Chowk. To protest the incident, right-wing outfits took out a rally on Tuesday.

“So far 66 people have been arrested in connection with Tuesday’s violence while 15 were apprehended following Sunday’s incident. More than half a dozen FIRs have been registered,” said Kabirdham Superintendent of Police Mohit Garg. No relaxation has been given in the curfew so far, he added.